Photo Essay of the 10,000 Monks in Chiang Mai, Thailand 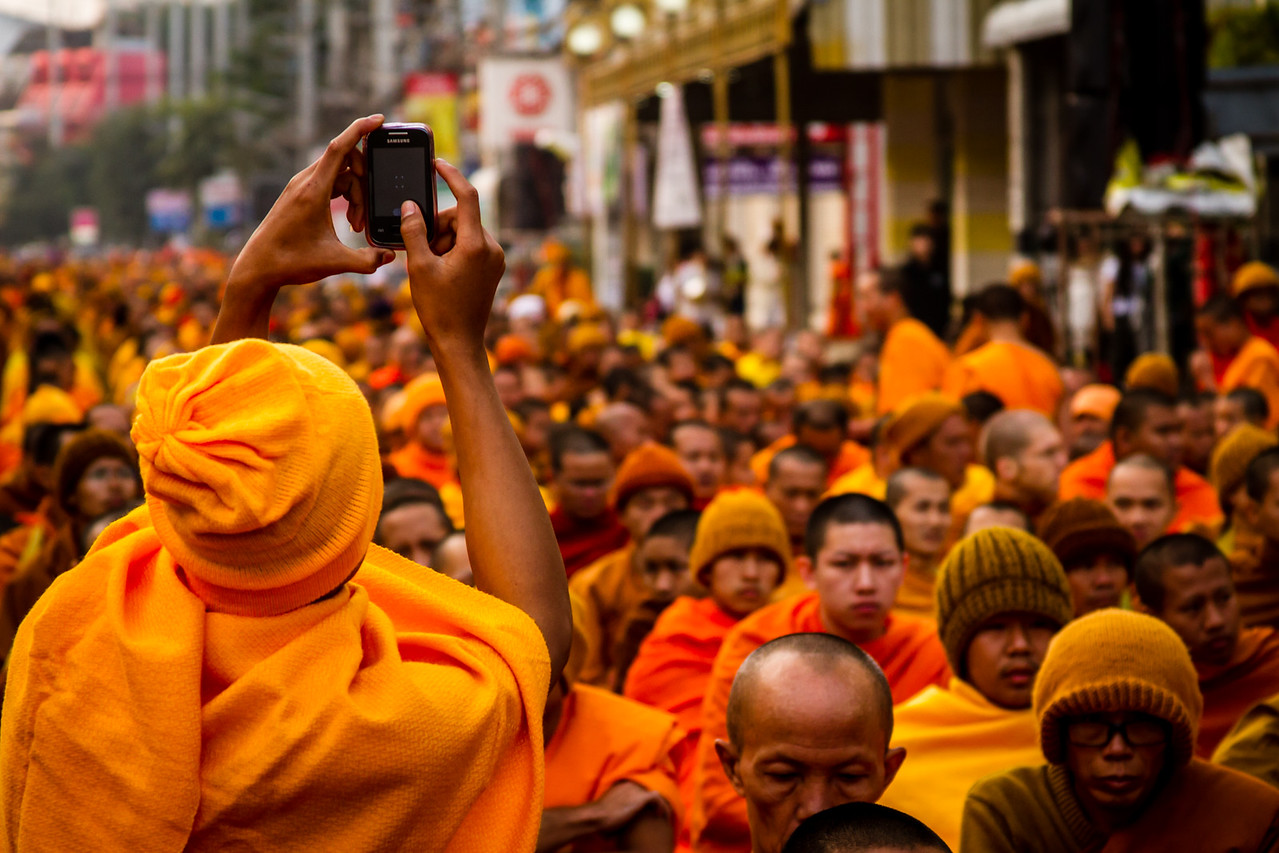 Buddhist monks making their morning alms rounds are a common sight of life in Chiang Mai, Thailand. Each day at sunrise my neighborhood comes alive with saffron-robed, shaved headed, monastics roaming the streets and performing the ancient ritual of “begging” for their daily meal. This ancient practice was begun by the Buddha Siddhartha Gautama himself and is intended to simplify the lives of the monastics by freeing them from the worldly burden of cooking and to make them dependent upon the generosity of lay followers who in turn receive merit. Normally the monks quietly wander the streets, barefooted, individually or in small groups, carrying their begging bowls in search of their daily sustenance. 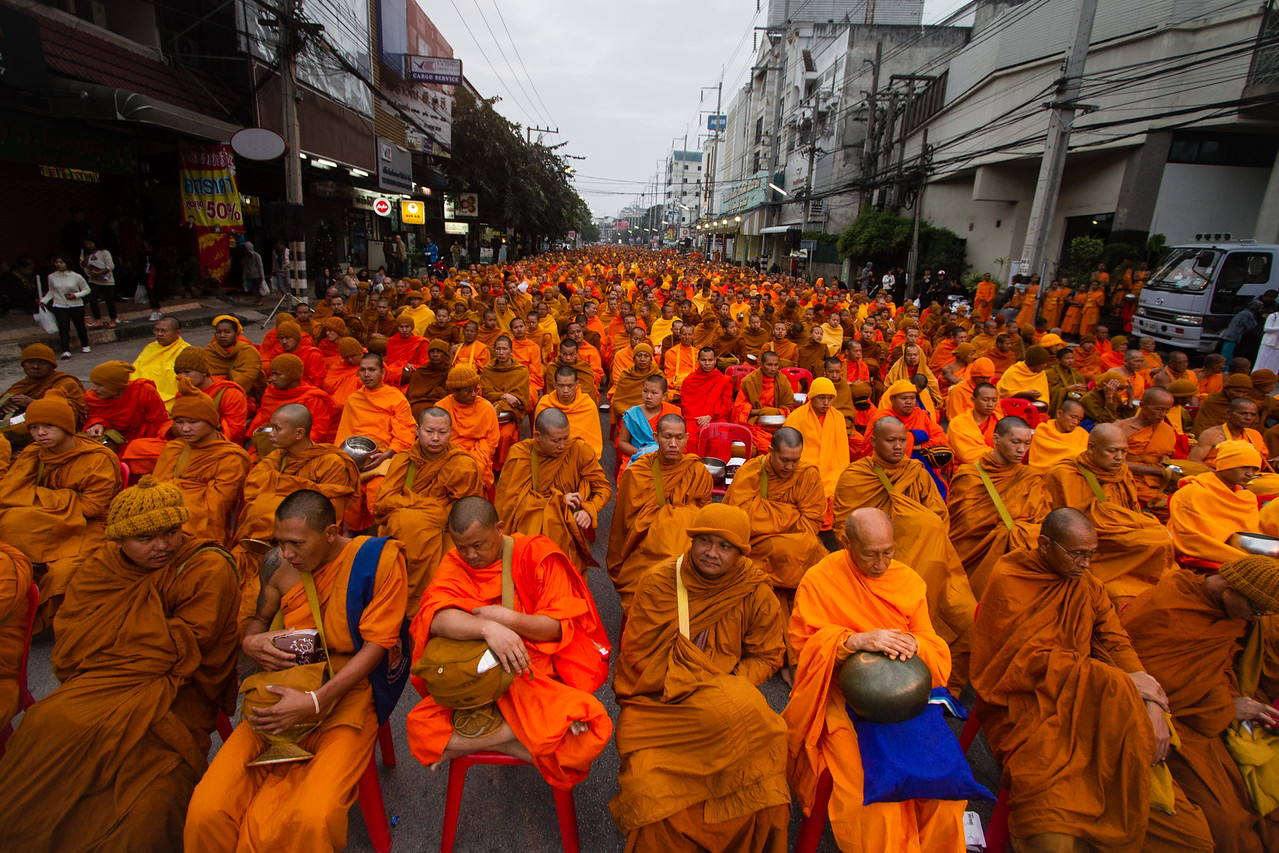 Buddhist Monk Sleeping at the 10,000 Monk Festival in Chiang Mai

Every December in Chiang Mai this solitary practice is hugely amplified for the International Alms Offering to 10,000 monks. By 6 AM the streets are crowded with every imaginable conveyance bringing monks to the usually bawdy night market area of town. There were monks as far as the eyes could see. There were not only Thai monks but, Burmese monks, Cambodian monks, Laotian monks, Vietnamese monks and even a few American monks among many others. There was group meditation, speeches by politicians, chanting and thousands of white-shirted alms givers lined up along Chang Klan Road presumably gaining merit and definitely giving life to this event. It is a feast for the eyes and moving for the heart. 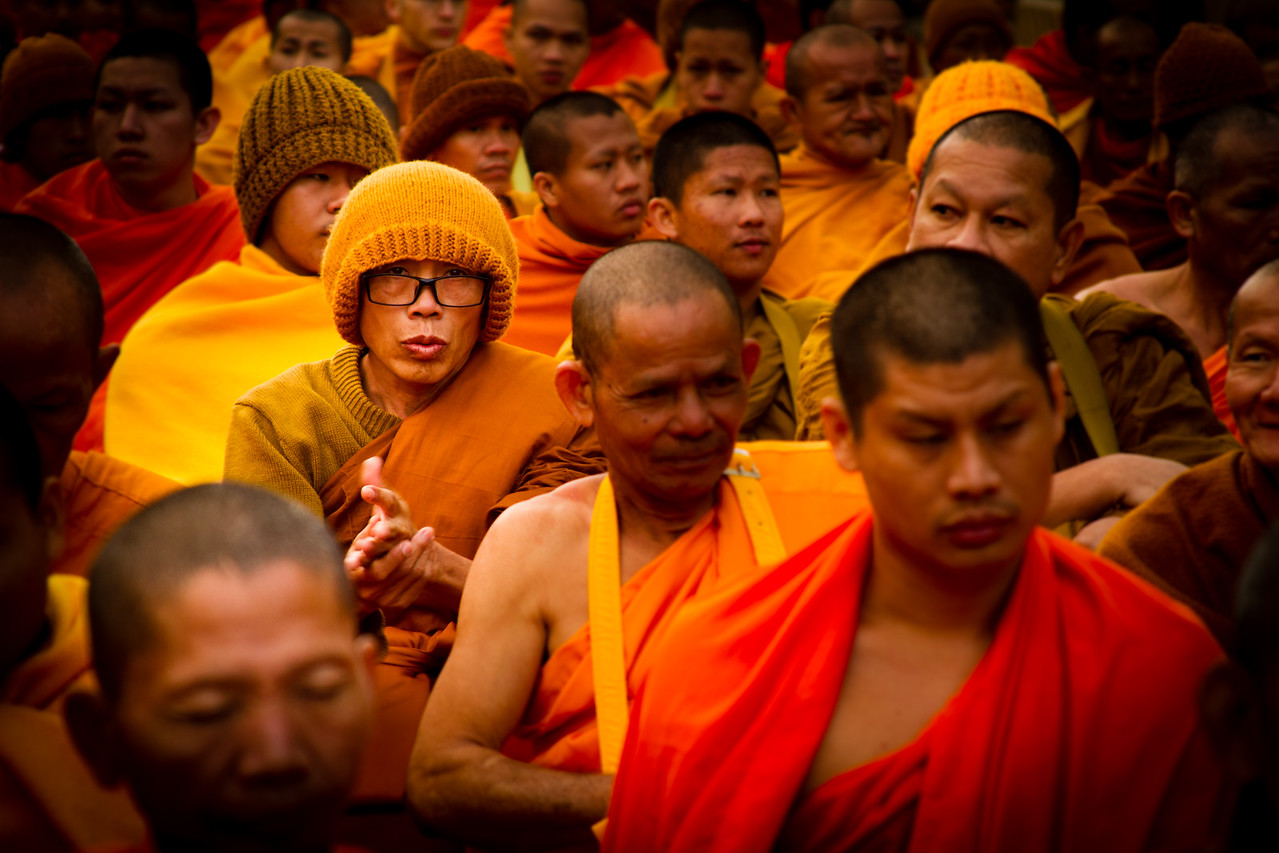 By 10 AM the streets were returned to normal and there were no signs that such a large gathering had taken place. All that is left are images, memories and a reminder of how transient life is so we had better live it to the fullest every day. 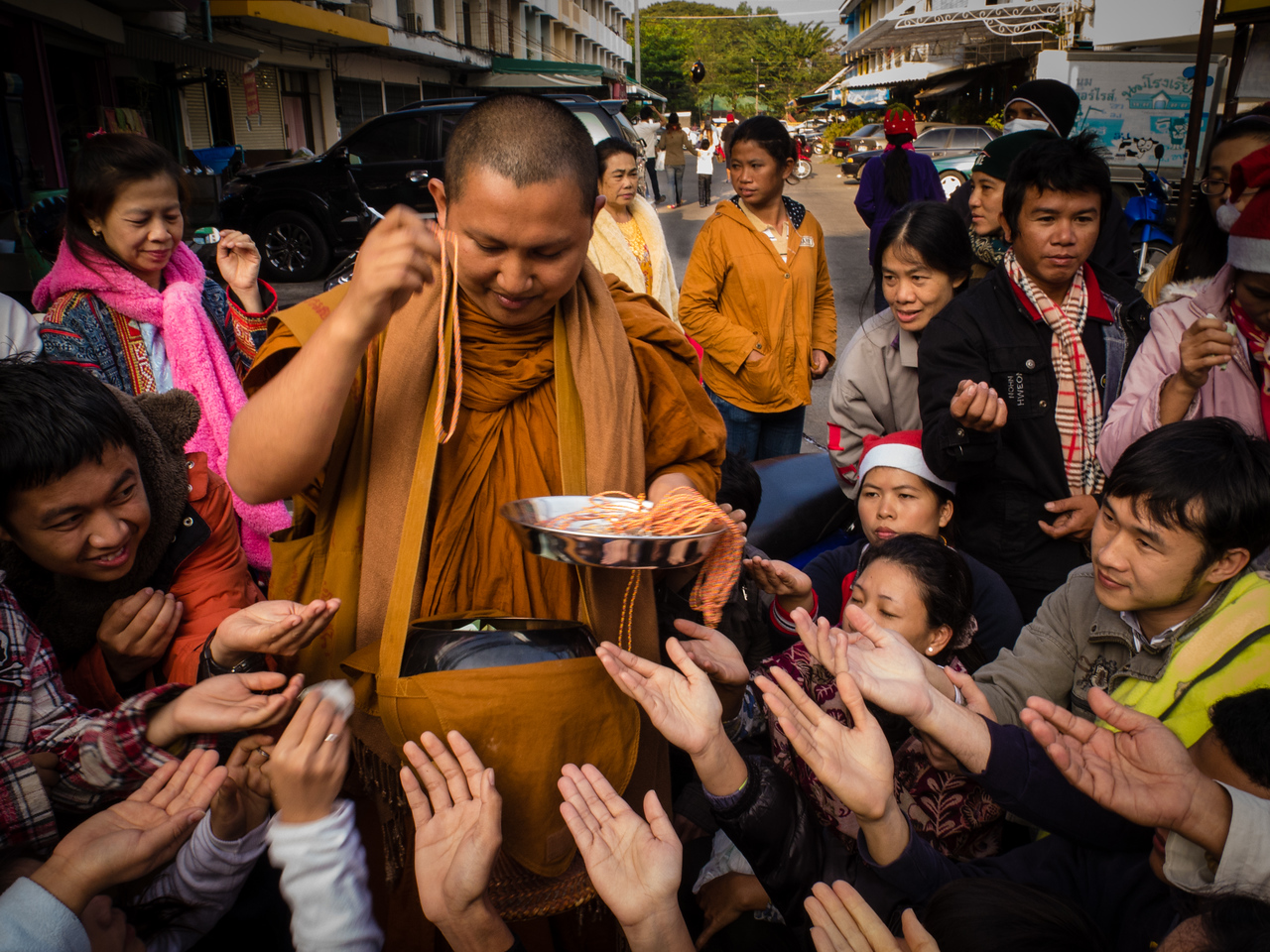