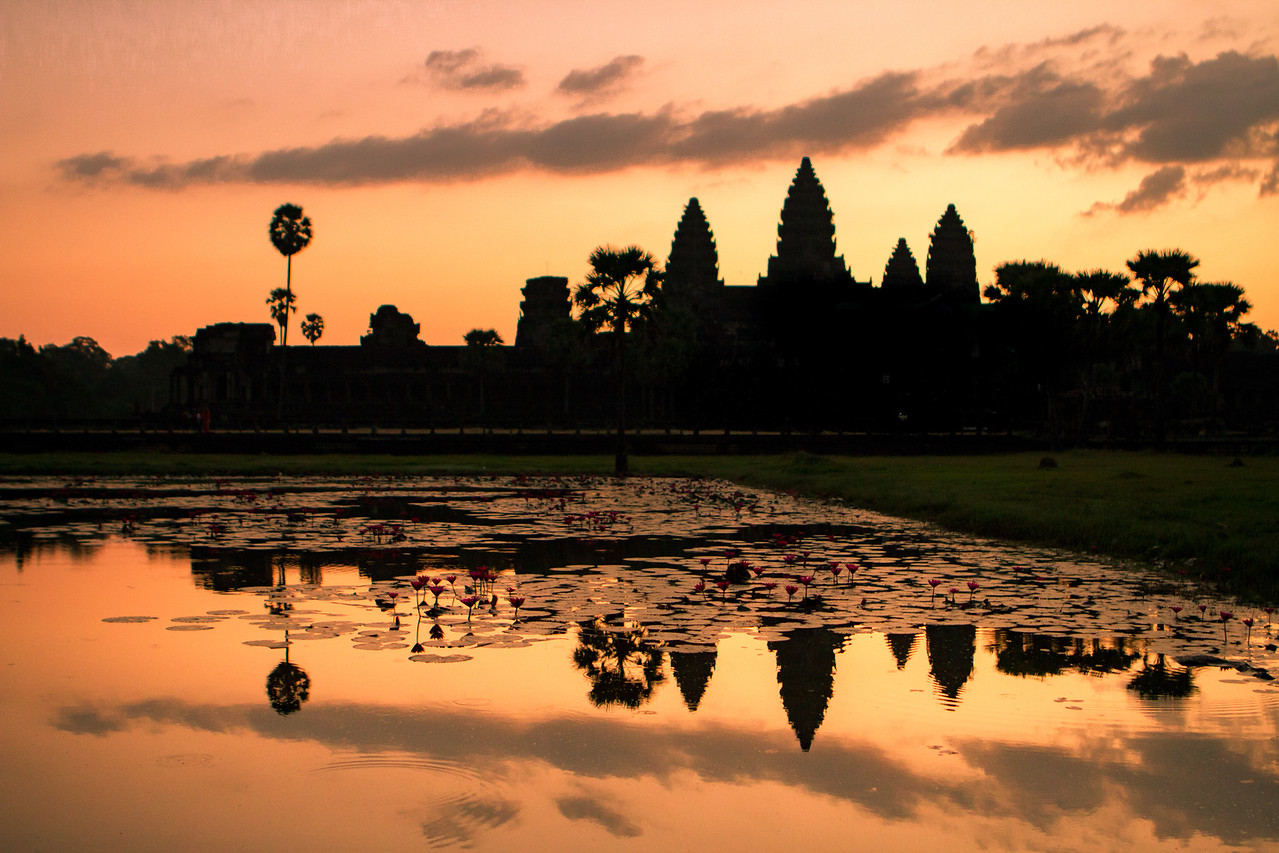 You can’t think of Cambodia without thinking of the UNESCO World Heritage Site Angkor Wat including the Angkor complex. The very name stirs up romantic images of 19th-century explorers hacking their way through thick jungle and stumbling upon an ancient lost city or perhaps more contemporarily Angelina Jolie swinging through the vine-covered edifices in the movie “Tomb Raider”. The silhouette of the main complex is one of the most recognizable symbols of ancient architecture and a visit there is a must do. But, while you are there, don’t forget to visit other Siem Reap temples such as Wat Bo.

For many centuries the Angkor complex was the center of the Khmer kingdom. At its peak during the 9th to 14th centuries Angkor was by far the largest city on earth boasting of over one million inhabitants and far outclassing such upstarts like Paris and London. The entire Angkor complex, of which Angkor Wat is only a small part covers over 400 square kilometers. Some of the temples are being restored while others remain delightfully ramshackle.

It is surreal moving through ancient hallways and chambers where once only ancient kings were allowed to roam. In many places, there are still remnants of gold leaf left on the magnificently well-preserved frescoes. Access to many areas access is still wide open, and you have to scramble up uneven and steep ancient stairways to the inner spaces. Although tourism at Angkor Wat has dramatically increased over the last decade, there are still places and times where you can wander the wonder blissfully alone. It is impossible to visit here and not appreciate the ingenuity of the builders. It is also impossible to visit here and not feel a bit humbled.

The God Shiva at Angkor Wat