If you find yourself in New York forThanksgiving like we were, you should go and watch the balloon inflation for the Macy’s Thanksgiving Parade. We actually wanted to see the parade live too but as this was the coldest Thanksgiving Day since 1901, we decided to watch on TV instead. Hey, it was -8°C (17°F) out there! 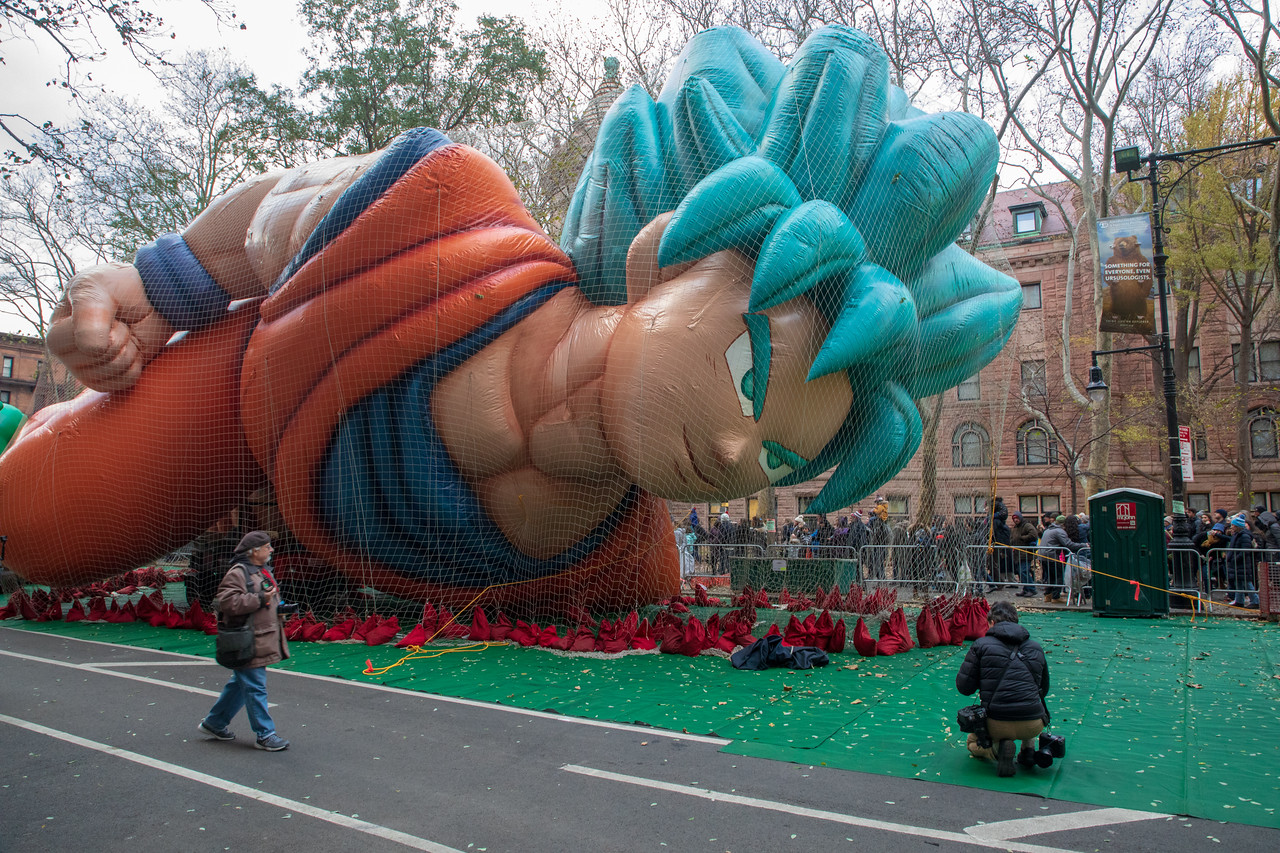 When Does The Macy’s Balloon Inflation Take Place?

The giant balloons for the Macy’s Thanksgiving Parade are inflated the afternoon and evening before Thanksgiving Day. It was really fun watching these massive inflatables come to life. Once they are inflated, the balloons are held down with sandbags and nets to stop them floating away in the night.

Where Does The Macy’s Balloon Inflation Take Place?

The balloons are inflated in front of the American Museum of Natural History on the Upper West Side, fairly close to Central Park. You join the queue to enter at West 79th Street and Columbus Avenue. 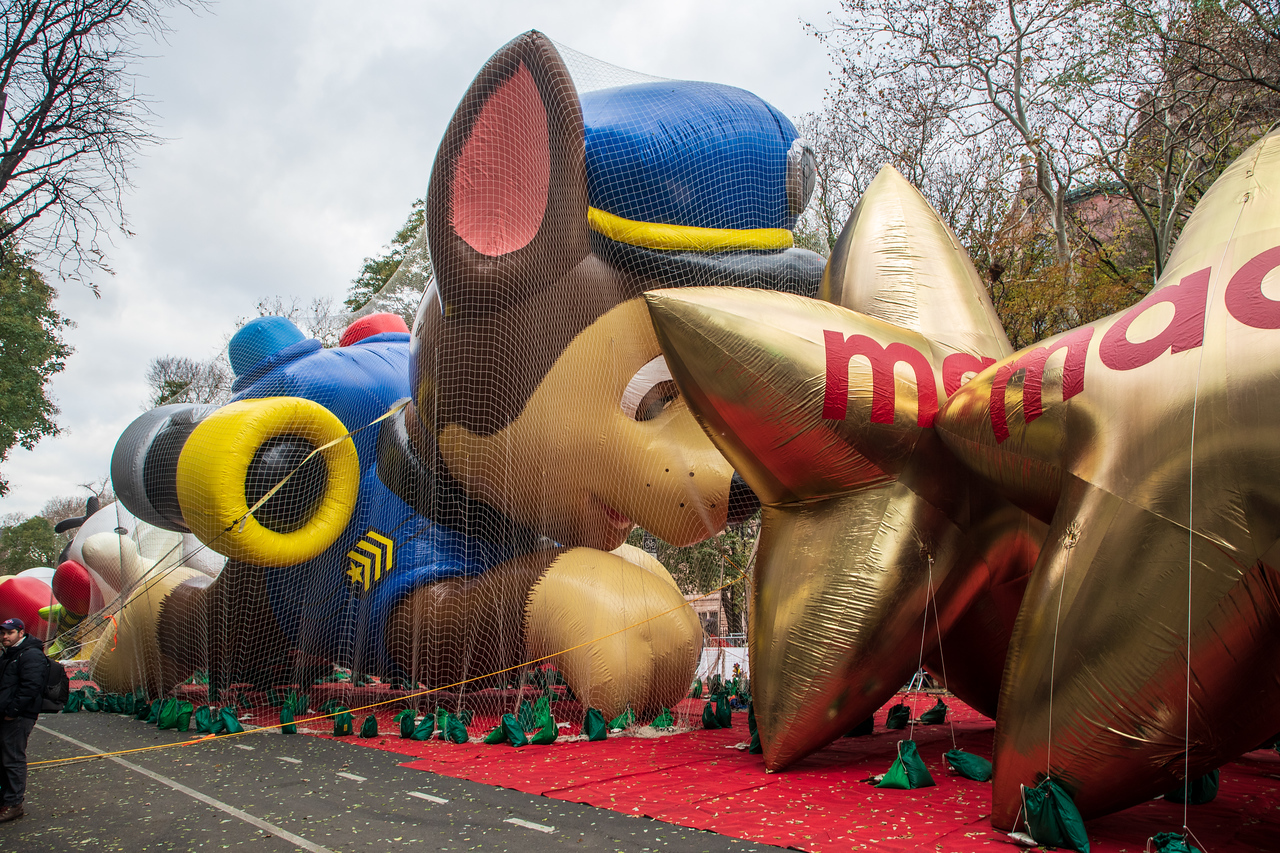 What Time Does The Macy’s Balloon Inflation Take Place?

The viewing area for watching the balloons being inflated opens at 1 pm and the latest admission to the site is at 8 pm. We arrived around 3.30pm, it was busy but not overly crowded, and many of the balloons were already inflated or in the process of being inflated. Apparently, late afternoon and early evening get really crowded.

There’s an actual designated path for viewing the balloons. The path winds around the American Museum of Natural History. It starts at 79th Street and Columbus, passes along Columbus Avenue, 77th Street to Central Park South, then exits via 81st Street.

How To Get To The Macy’s Balloon Inflation

Don’t even think about driving there or taking a taxi. Parking is a nightmare, and many roads are closed. The best way is to go by public transport. The nearest subway is 81st Street/ Museum of Natural History using the B or C lines. However, the stations get crowded, so your best bet is to get off the train one or two stops early and walk.

How Long Should I Allow To See The Balloon Inflation?

Allow yourself one to two hours to walk around and take photos. Note that it’s difficult to find snacks and water near the viewing area, so bring some with you just in case. 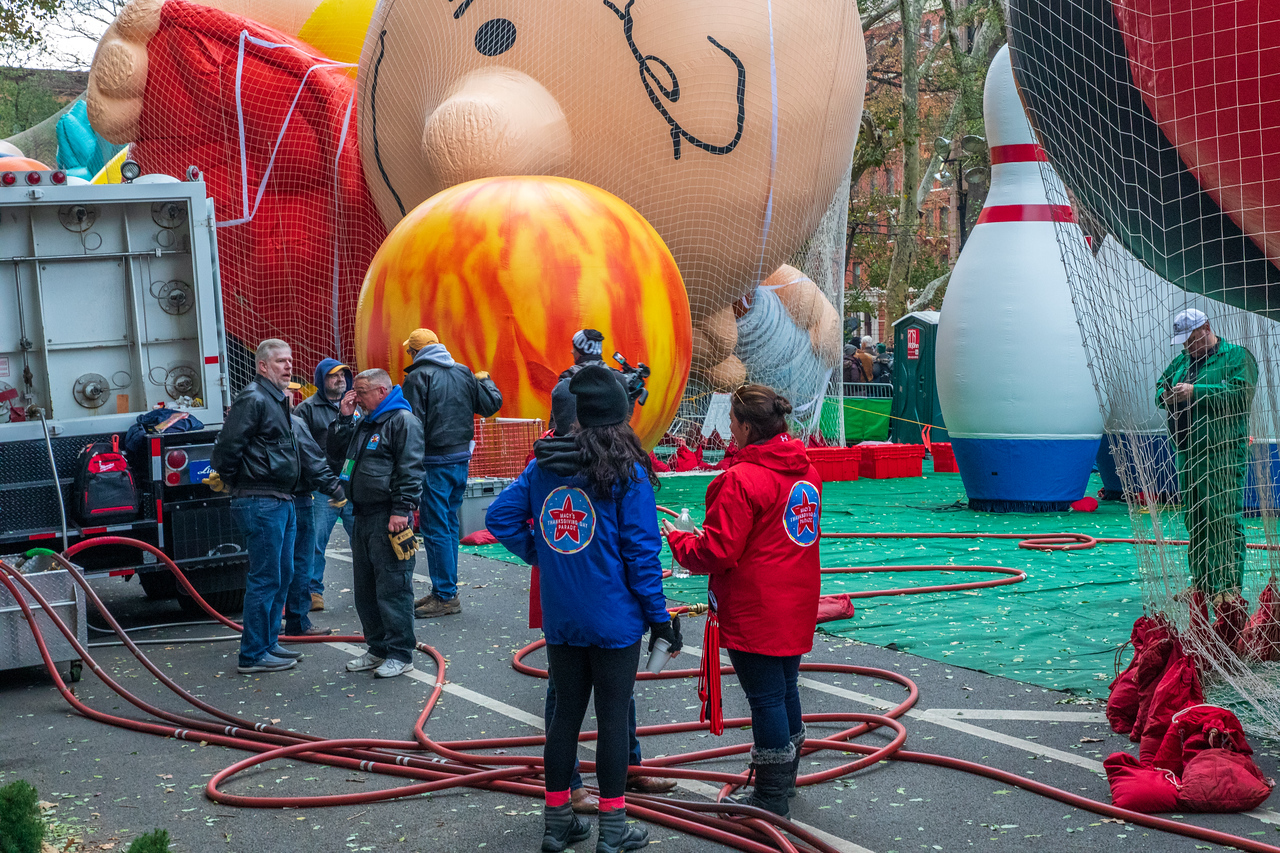 Have you ever celebrated Thanksgiving in New York or elsewhere in the USA? What is your favourite part?

Pin It For Later