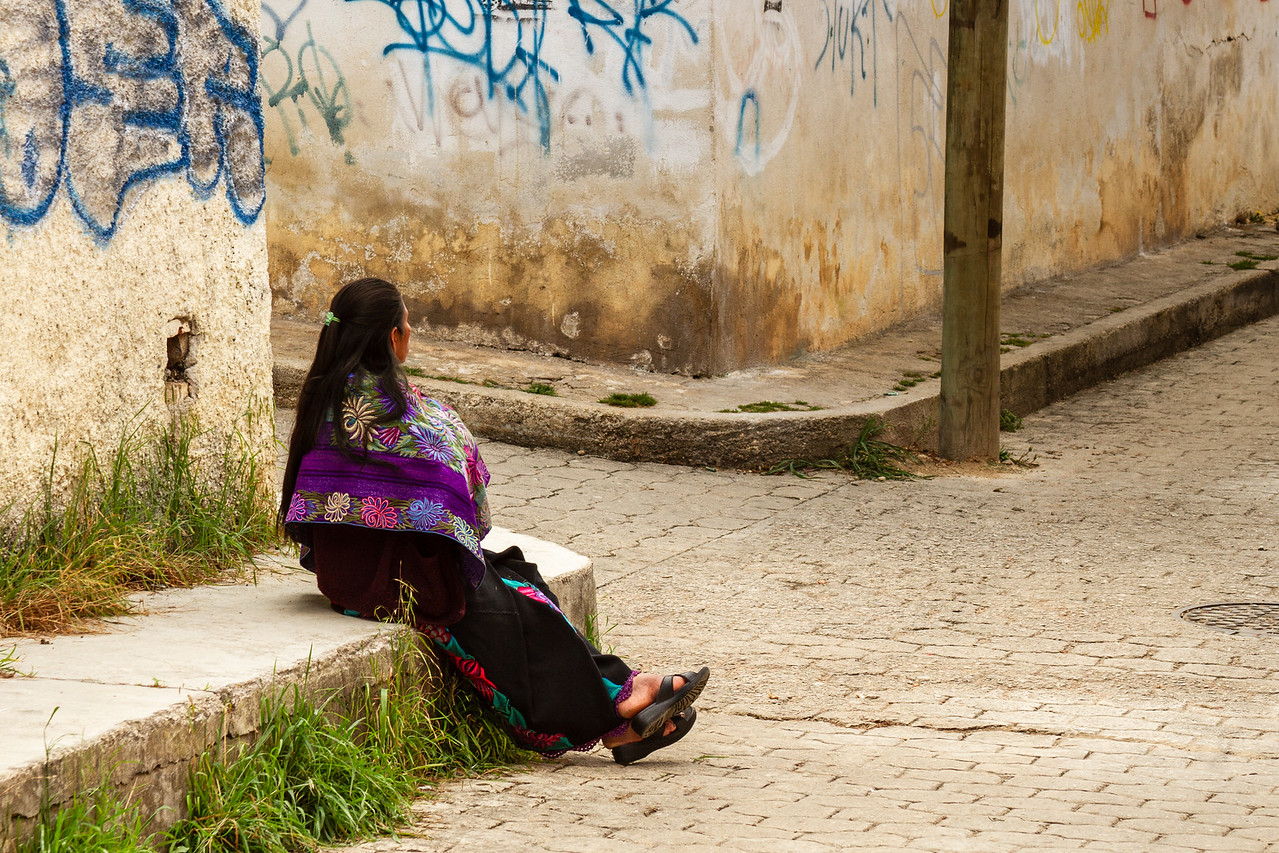 Mayan Woman in Traditional Dress on Back Streets of San Cristobal

Most Mexican states either totally conquered or assimilated their aboriginal peoples, the indigenous of Chiapas, have not been conquered or assimilated. These ancient Mayan groups speak their own languages, maintain their own culture and to a large degree govern themselves autonomously.  The relationship between the indigenous and the government is uneasy and on occasion has erupted into conflict like the Zapatista conflict of 1994. Fighting has stopped, but the issues remain. The indigenous are still poor and disenfranchised. The Mexican government remains frustrated in its desire to unite its population and unfortunately Chiapas suffers a loss of tourism because of a conflict that happened over fifteen years ago.