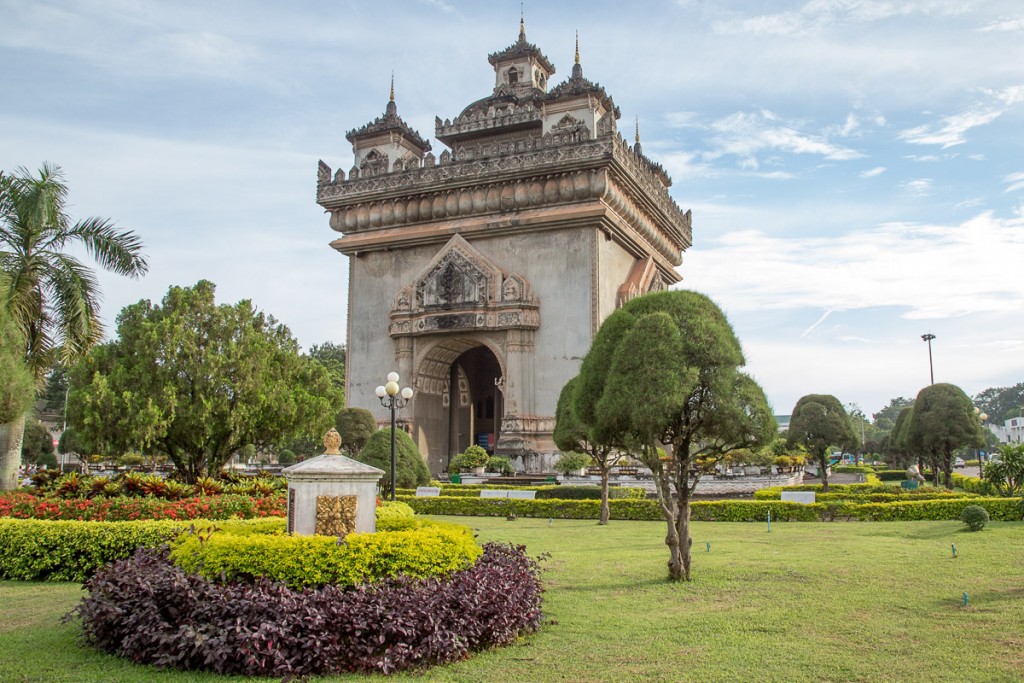 Patuxai Arch or the Arc de Triomphe of Vientiane

As I mentioned in an update a few weeks ago, it was quickly becoming time to take this retirement adventure to another venue. Almost since Sarah and I met nearly a year and a half ago we have been discussing what we thought would be some of the best places on the planet for us to live after we left Thailand. Nothing was off the table, but for now we found the one that best fit our criteria was literally next-door. I don’t think Vientiane is on any best cities to retire to lists, but the way it is changing, it could be soon.

There is whole set of criteria that I use to pick from when choosing a new place to retire to. These criteria aren’t carved in stone, but I want to experience places that are a necessary balance – some would say compromise – of comfort and convenience. I want exposure to new cultures, beautiful landscapes, a fair amount of challenge and the potential for much adventure. I want enough infrastructure so that taking care of basics isn’t an continual exercise in frustration, but not so much that it becomes invisible and under appreciated. Cuisine is huge; a nearby international airport is important and an active expat population is also important. 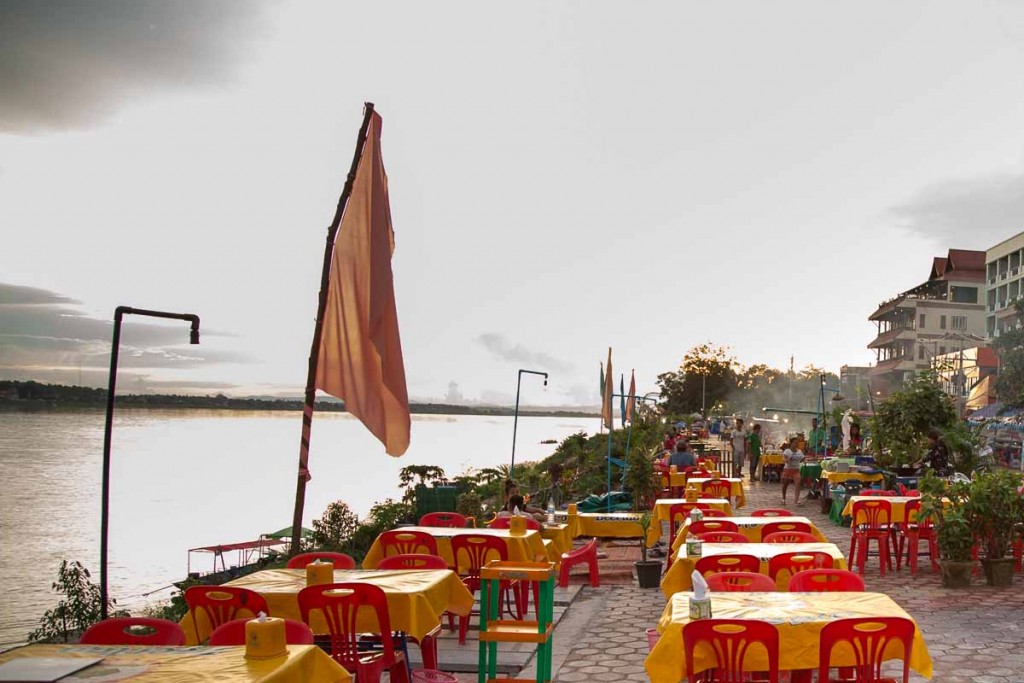 Dining Along the Mekong

For this stage of the retirement adventure we choose to move to the capital of Laos; Vientiane. Laos, officially known as Lao People’s Democratic Republic (LPDR); one of the last unexplored frontiers of SE Asia. Although large swaths of the country are undeveloped, Laos is quietly becoming a travel destination for people in the know looking for something out of the ordinary. Last year Sarah and I spent a month exploring Laos and we were beguiled by the welcoming people and the varied and exotic landscapes.

In his 1975 book, “The Great Railway Bazaar”, Paul Theroux wrote, “Vientiane is exceptional, but inconvenient. The brothels are cleaner than the hotels, marijuana is cheaper than pipe tobacco, and opium easier to find than a cold glass of beer.” Much in Vientiane has changed in the 40 years since Theroux’s journey, but the city still maintains a kind of languid, if not as seedy, charm. Surely it is one of the most compact and laid-back capitol cities on the planet, and people are beginning to discover its charms. It may not be famous yet, but that doesn’t mean it is inconvenient; cold beer is flowing and luxury boutique hotels are beginning to pop up around the city. 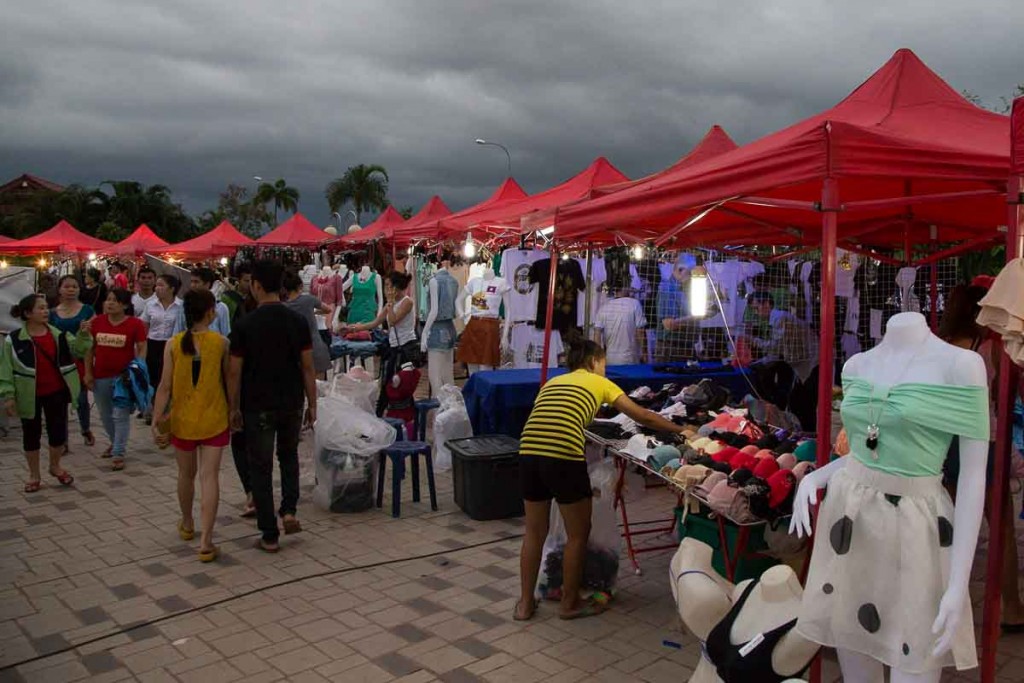 Night Market on the Mekong

After 40 years of Communist rule, the city is beginning to modernize even while maintaining links to its past. Perhaps taking a clue from its more famous cousin to the north, Luang Prabang; Vientiane is developing attractions along the Mekong River including a 7 km long walking area where events, including aerobics classes and music are held daily, a night market that has grown to be larger than the famous one in Chiang Mai, Thailand and restaurants – an eclectic mix of local, Franco-Asian and Western – are popping up faster than we can visit them. There are plenty of nice coffee shops and places where you can get a fantastic hamburger, but there are no Starbucks, thankfully no McDonald’s and actually there are no Western chain restaurants at all. There is an airport with international flights, a few English language bookshops and the best French bread this side of Paris.

We have rented a home a few kilometers from the city center of Vientiane. As you would expect in a capital city, overall prices for housing are higher than in Chiang Mai, but once you get above a certain threshold, you seem to get more for your money. I will be writing much more about the day-to-day of life here in future posts soon. Sarah and I are already feeling at home and look forward to many more adventures from our new base. 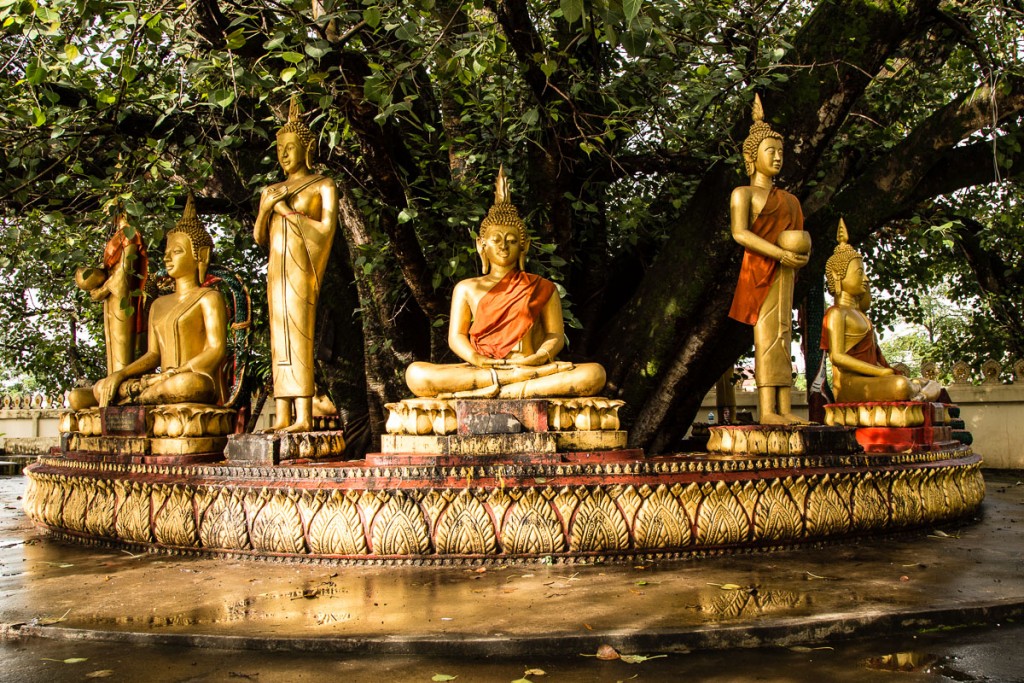 Buddhas Under the Bodhi Tree