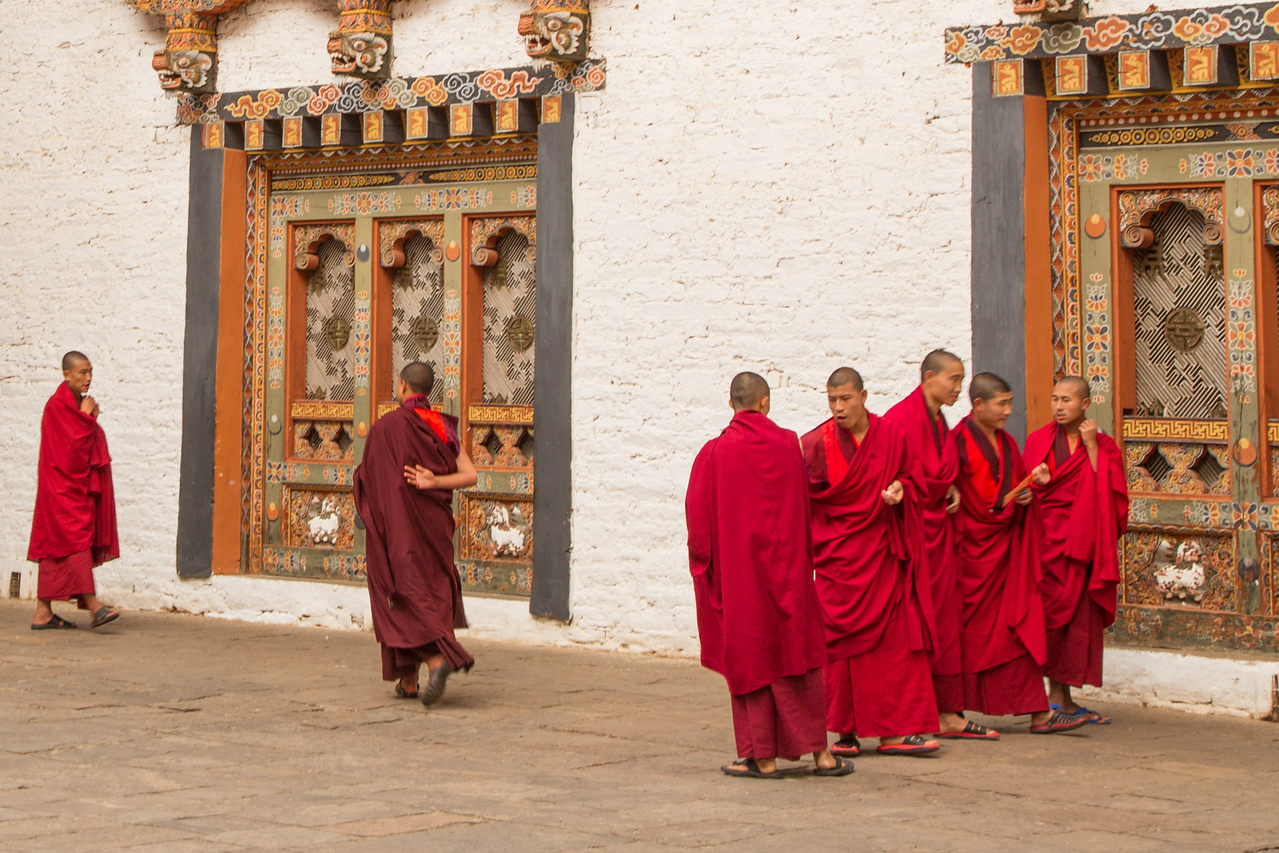 Monks Between Classes in Tashichho Dzong Near Thimpu, Bhutan

Tashichho Dzong (Thimpu Temple) on the western bank of the Wang Chu River in Thimpu, Bhutan has been the seat of Bhutan’s civil government since the country united with the creation of a monarchy in 1907. The original Dzong (or temple) was constructed in 1216 with numerous renovations and expansions taking place since.

Tashichho Dzong currently houses the offices of the king, the throne room and the king’s offices. Former king Jigme Singye Wangchuck has retired to a modest residence on the grounds. It is a huge place with beautiful grounds that is also still an active Buddhist monastery. Due to security and the need for business to be conducted, much of the dzong is off limits, but it is well worth traveling to. 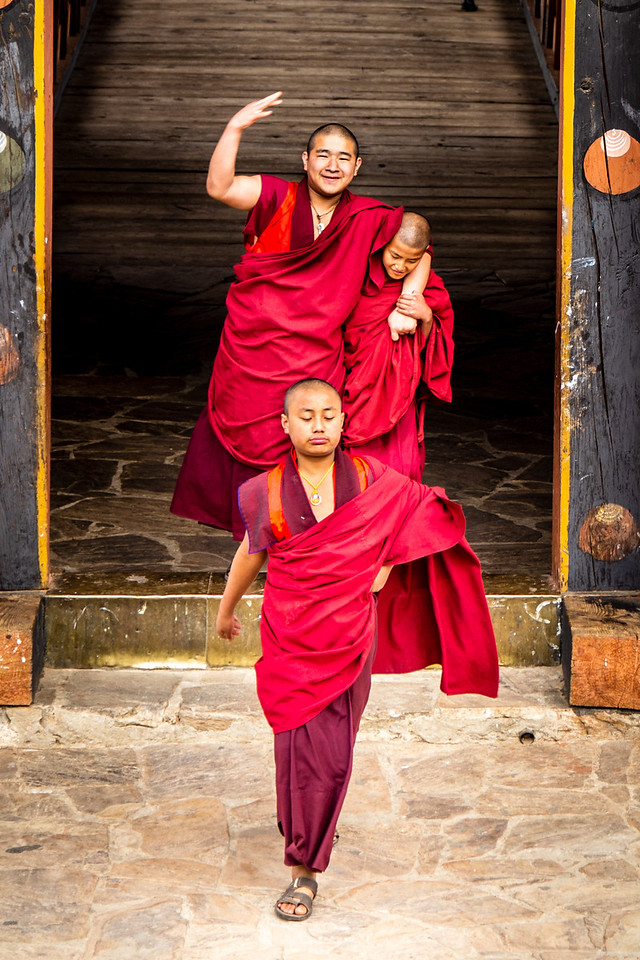 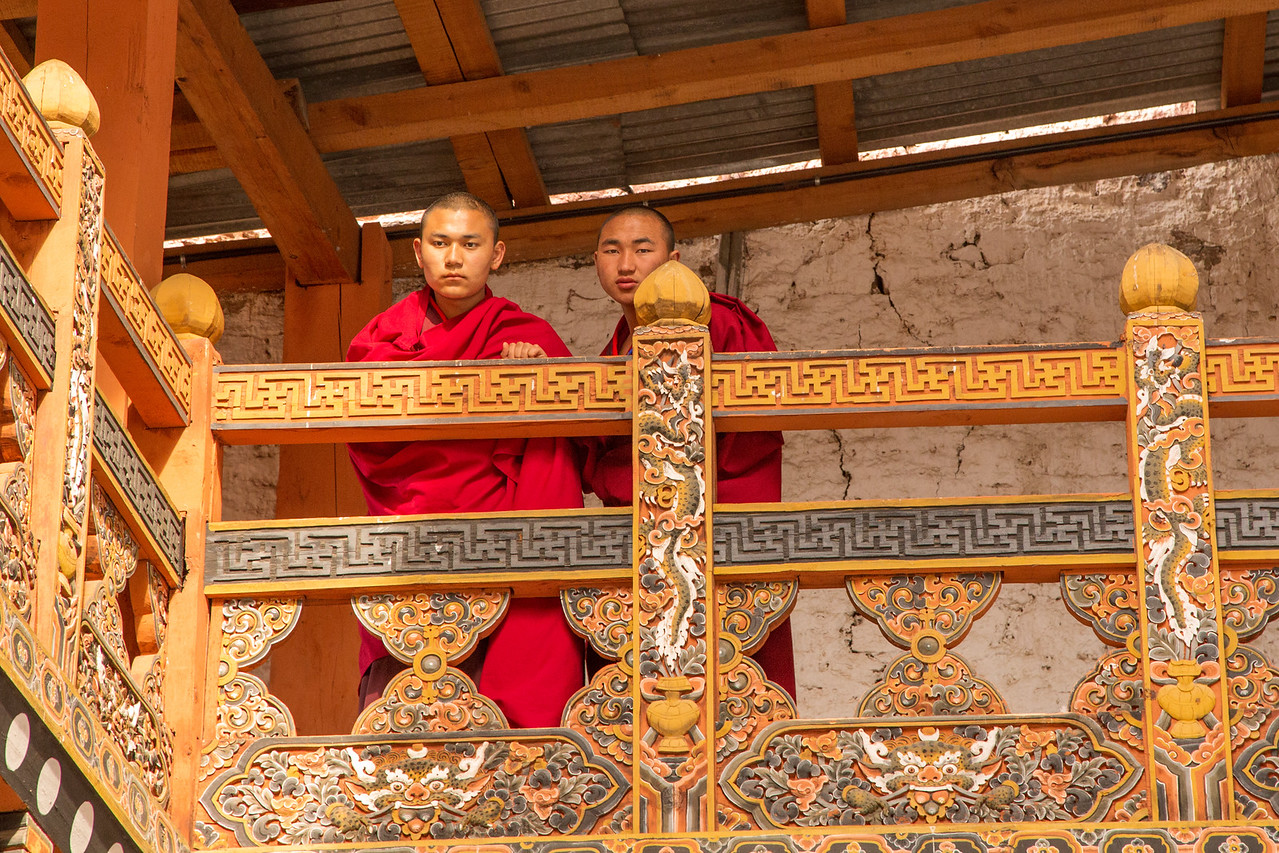 Monks Watch From a Balcony in Tashichho Dzong Near Thimpu, Bhutan