Even though it was not the most exciting of destinations, our stay in Hospital was a nice surprise. We had a good “peregrino” meal in O Tear, our “Casa Rural”, with lots of nice people in the bar/restaurant located under our very simple, but comfortable room. Hospital wasn’t a place that someone with limited time would choose to vacation to, but for travelers looking for a place to relax and appreciate good times, it was great. In the morning we put on out backpacks, went downstairs to the restaurant (which was packed) to say goodbye to our hosts, and we began walking. Again, the weather forecast was for rain but, again, the weather turned out to be perfect for hiking. The cool temperatures were appreciated because a few kilometers out of town the was a short, but very steep, hill we had to climb before continuing along “The Way”.

The Countryside of Galicia

At the top of the hill there was a restaurant overlooking from high over the Galician countryside and we stopped for café con leche and Spanish omelettes. Up here, sitting in the sun, were many other pilgrims we had met on the camino over the weeks before. Among them was the guy from the day before in Vega de Valcarce who had helped me with my pack. We we talked about life and travel, in the strangely familiar way that people walking to Santiago de Compostella do, and it turns out I had completely mischaracterized him. He was in fact not Asian, but carried a French Guinean passport. His base was in the middle of the Atlantc Ocean on Reunion Island, but he spent most of his time trekking around the world. He had that quiet confidence of a man who knows his place in the world and I instantly liked and admired him. We will probably never see each other again, but you often feel an instant kinship with the people moving through your life as you walk this path across Spain. I like that. 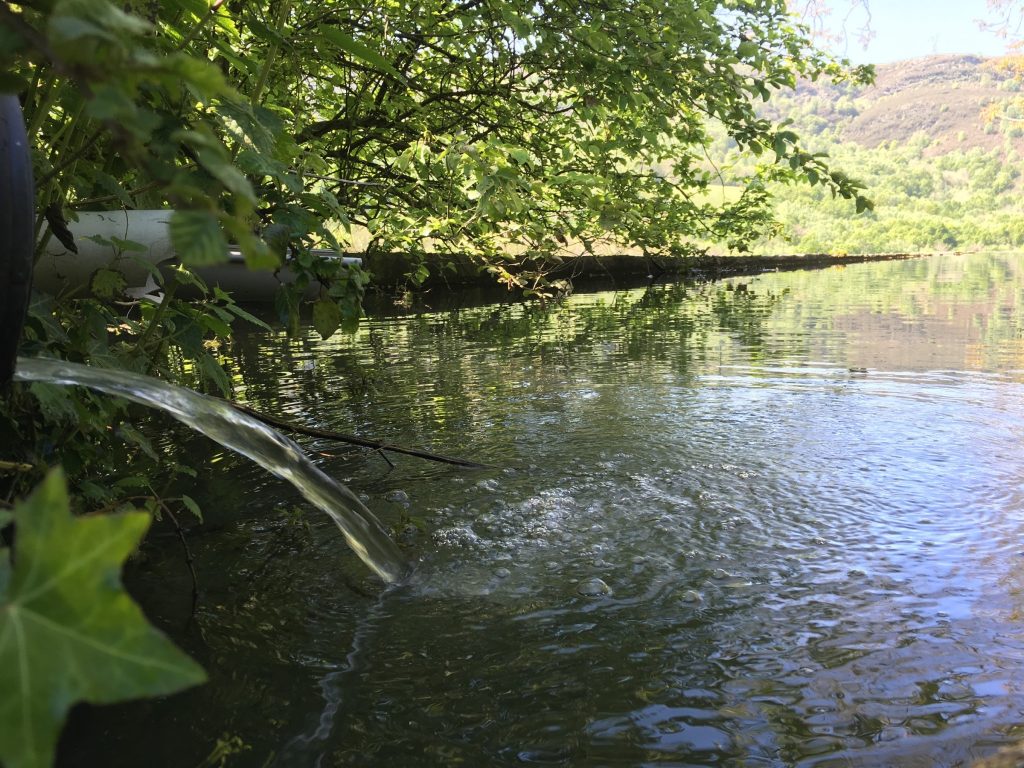 Reflections in the Cattle Station on The Way

This was a day of moving through small villages and countryside. We walked across sunny hilltops covered in green grass and purple heather, and through dark ancient forests of pine and chestnut. It was easy to get into the rhythm of the days and to get lost in your thoughts; at least until the bull started charging down the road toward us! 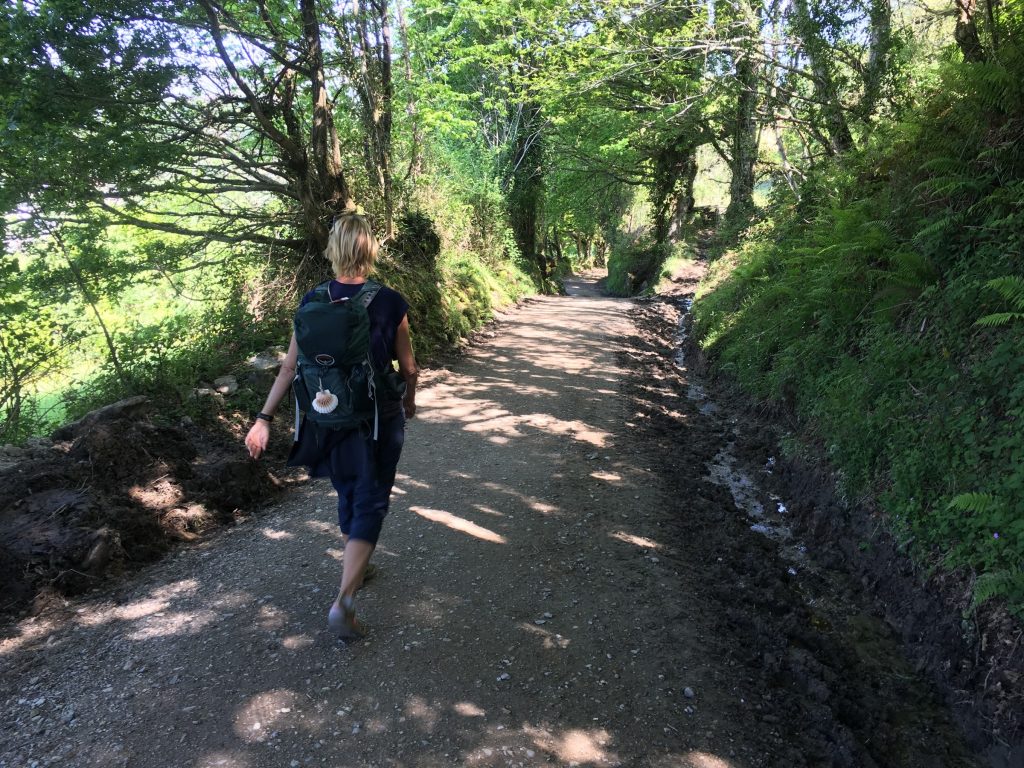 A Walk in the Woods in Spain

As we were walking along a narrow lane between two rock walls, down the hill, entering Triacastela we heard the sound of dogs barking, people yelling and the bellowing of a runaway bull behind us. I turned and saw a large bull that had broken away from the herd while being moved to a different pasture and was charging toward us. Dogs (apparently they use dogs here to help herd cattle) were trying to get in front of the runaway bovine, but to no avail. Luckily we were near where one of the walls ended and Sarah and I were able to hurry along and step aside as he charged passed.

We walked a few more hours to Pintin and found a room in a quiet Pensione not far from Sarria. OVer dinner we talked with a number of people about what the had experienced that day. While everyone had enjoyed the walking, no one else had almost been trampled by a bull.

View from Our Pensione in Pintin