23 Images of Mrauk U, Myanmar, People, Temples and Pagodas

A visit to the ruins of Mruak U, Myanmar, once one of the richest cities in Asia, is both a source of wonder and a cautionary tale. The Mrauk U temples are incredibly beautiful but abandoned and many of them are ruins. There was once talk of making the Mrauk U temples a UNESCO world heritage site, but the current situation on the ground has dialed back the plans. I loved making these images of Mrauk U, the temples, the people and daily life in the town, 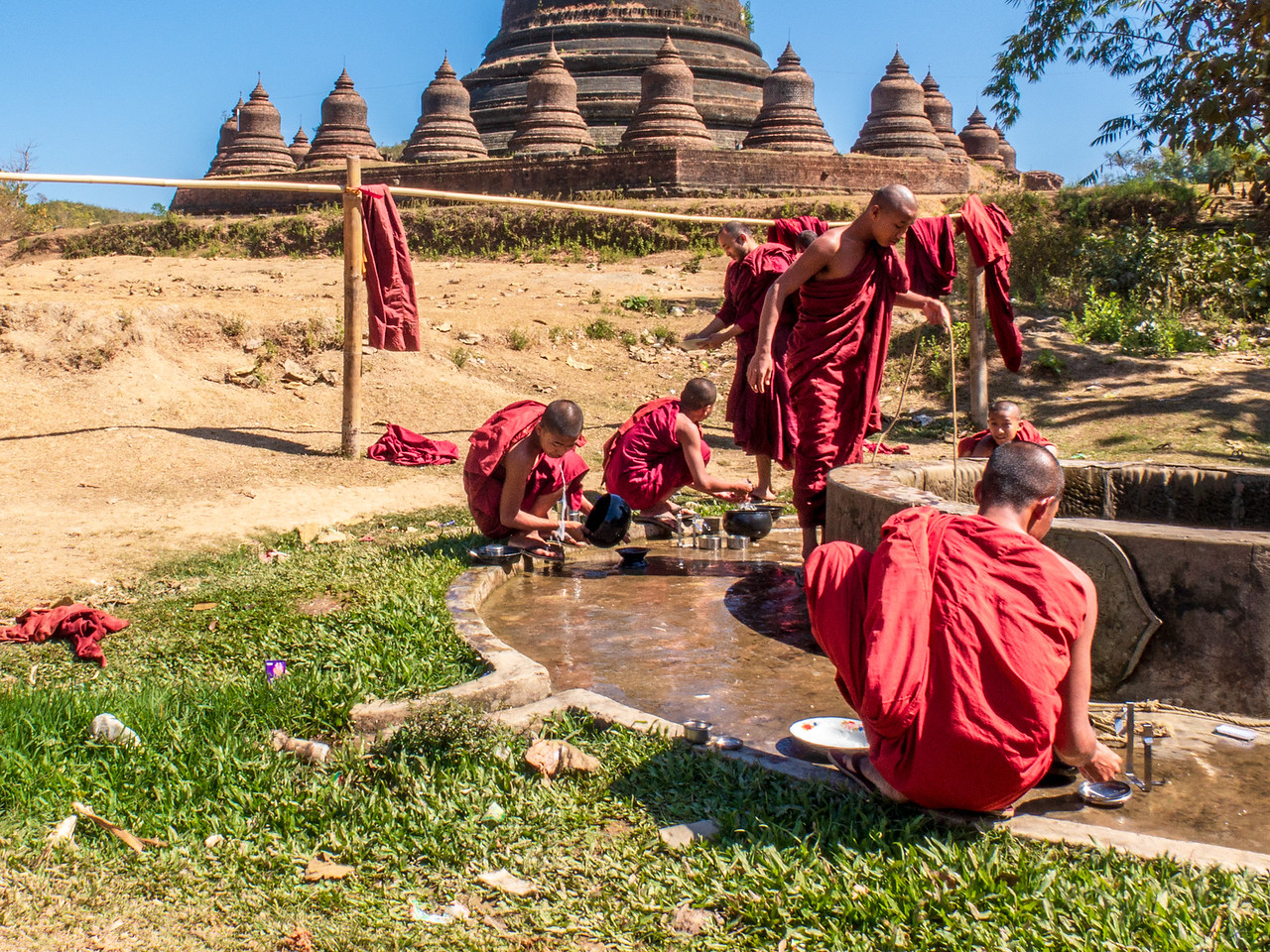 Monks Wash up at Andaw Paya Temple in Mrauk U

How to Get to Mrauk U

Getting to Mryak U, Myanmar’s second most famous archaeological site after Bagan requires more than a casual effort. First, you have to get Sittwe; the rough capital of Burma’s Rakhine state. Even this first step isn’t always possible because the region is unsettled and violent clashes between the Buddhist Rakhine and Muslim Rohingya often close the city to outsiders. (It is closed as I write this.) From Sittwe – after spending the night, because plane and boat schedules don’t match – you have to take a crowded, rickety old boat five-plus hours up a shallow tributary of the Kaladan River to the town of Mrauk U (which only just became open to travelers), not far from the border with Bangladesh. Although there are primitive roads, it can take almost five hours to travel the 80 kilometers from Sittwe by bus. 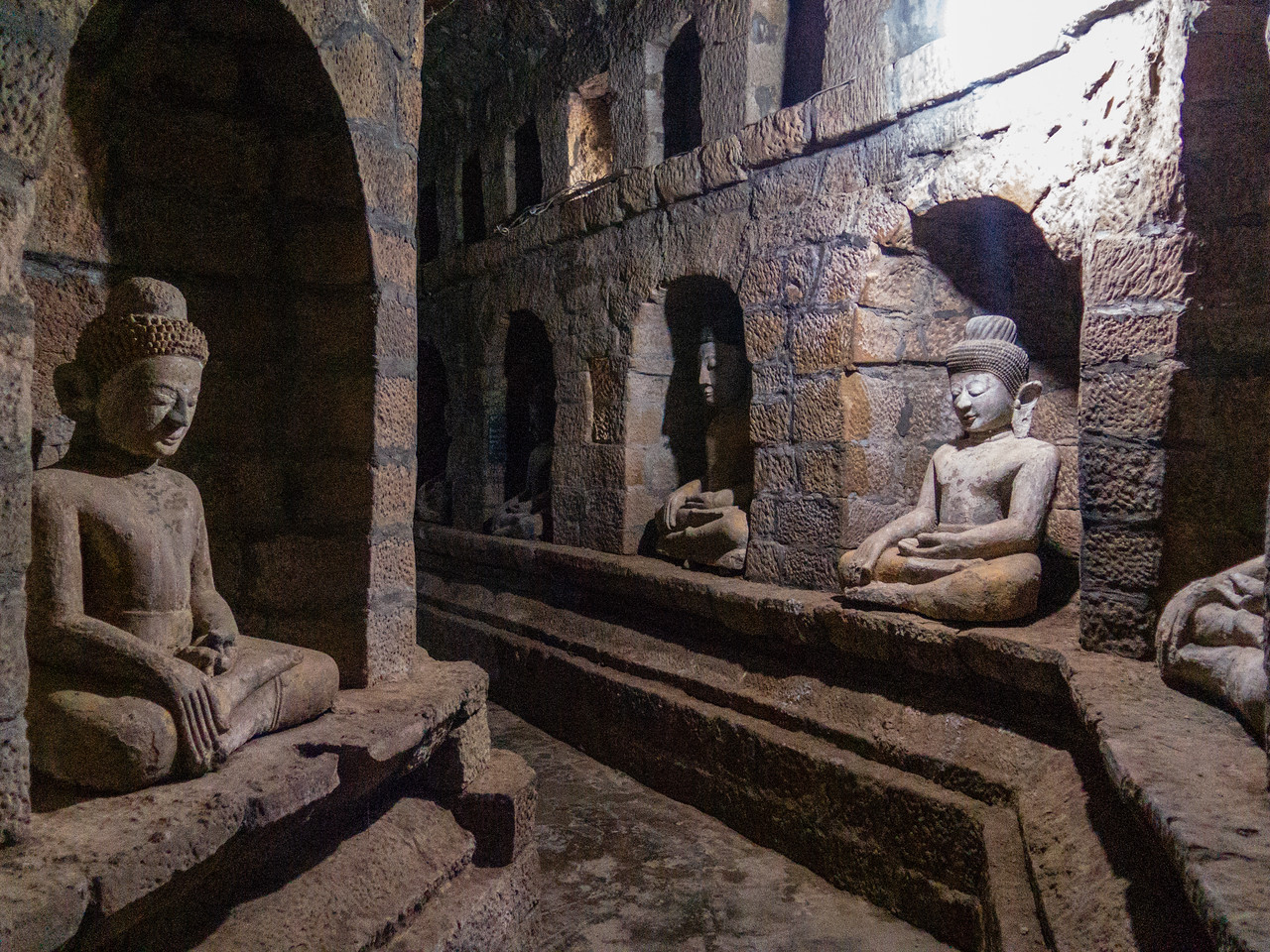 Mrauk U an ancient city with hundreds of temples currently sees fewer than 4,000 foreign visitors a year. Unlike Bagan where many of the residents were forced to move away from the tourist areas, the residents of Mrauk U still live among the temples as they have for centuries. Food and accommodation choices are quite limited but the people in the city were so warm and welcoming we didn’t care. However, Mrauk U and the Rakhine State of Myanmar are subject to much strife and upheaval. If you want to visit, plan accordingly and carefully.

Just a few of the 90,000 Buddha Images at Kothaung Paya Temple

History of Mrauk U

In its glory days during the 15th through the 18th centuries Mrauk U, the last great Rakhine capital, was one of the richest cities in Asia and a trading port with the Middle East and Europe. Visitors compared it with Venice, London, and Amsterdam. The Mrauk U dynasty was much-feared military at its peak had a navy of over 10,000 boats which dominated the Bay of Bengal. But, after the first Anglo–Burmese War the British declared in 1824, Sittwe the capital an Mrauk U has slipped into obscurity. 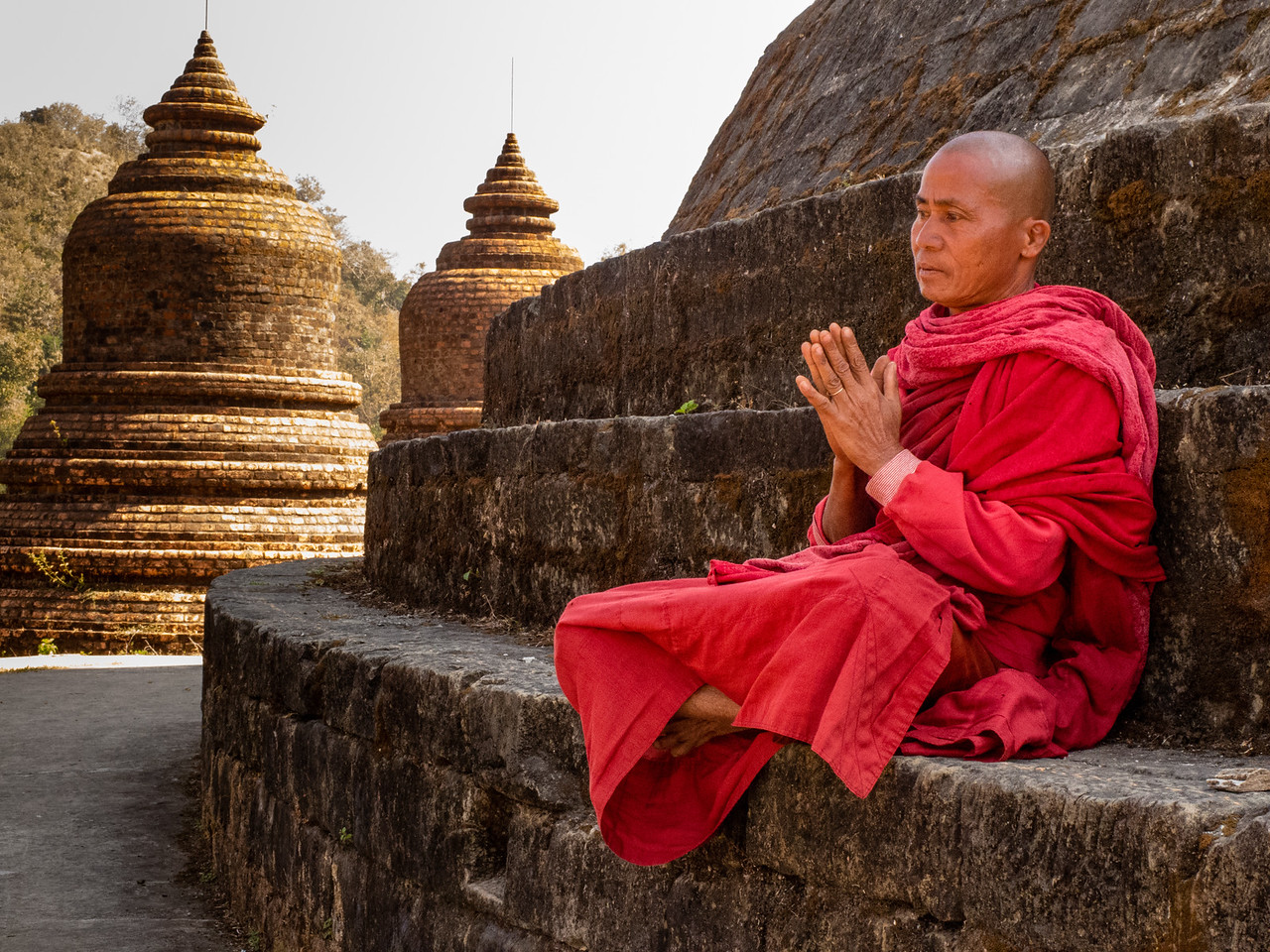 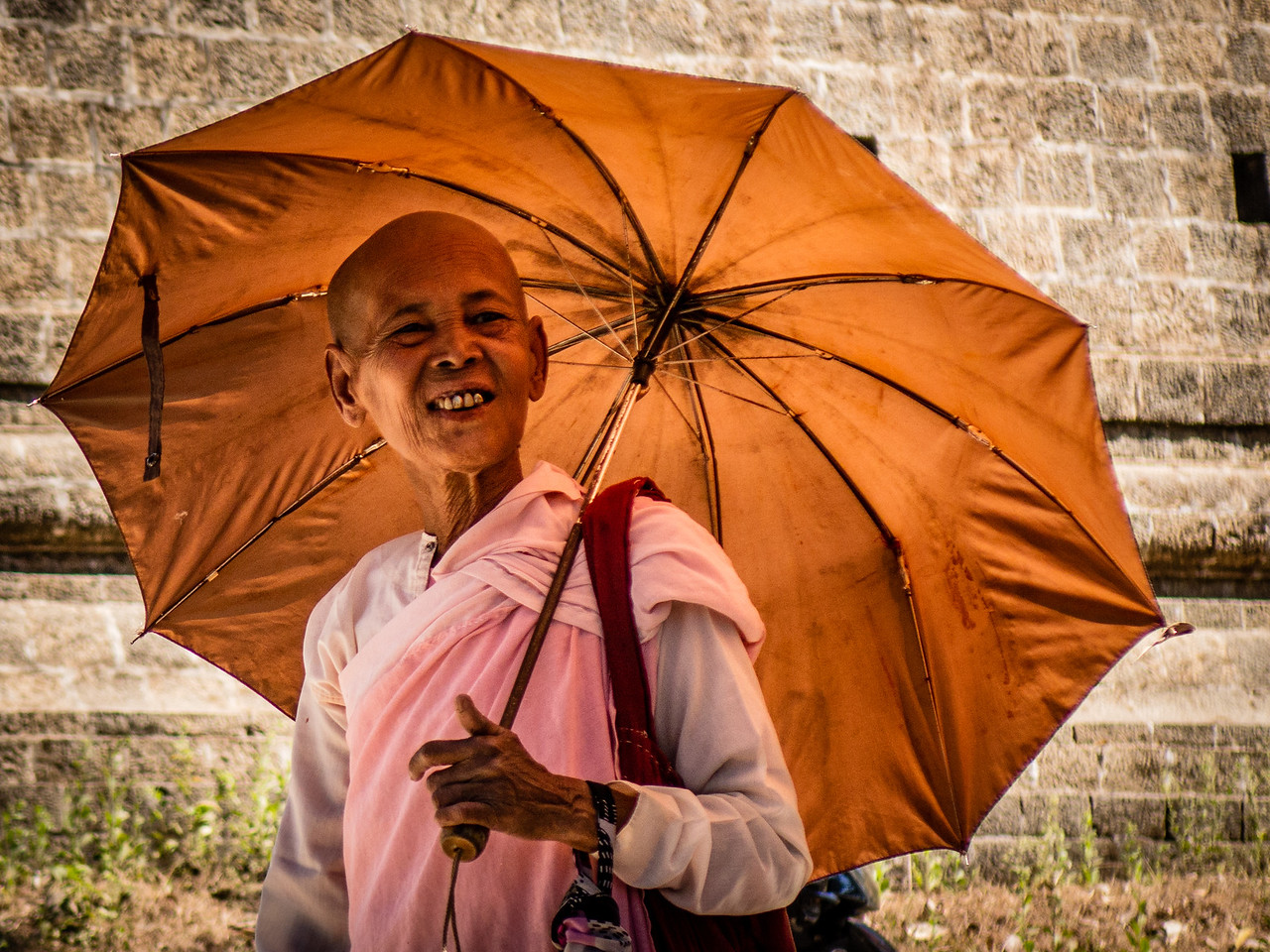 Buddhist Nun Walking Outside of a Temple in Mrauk U 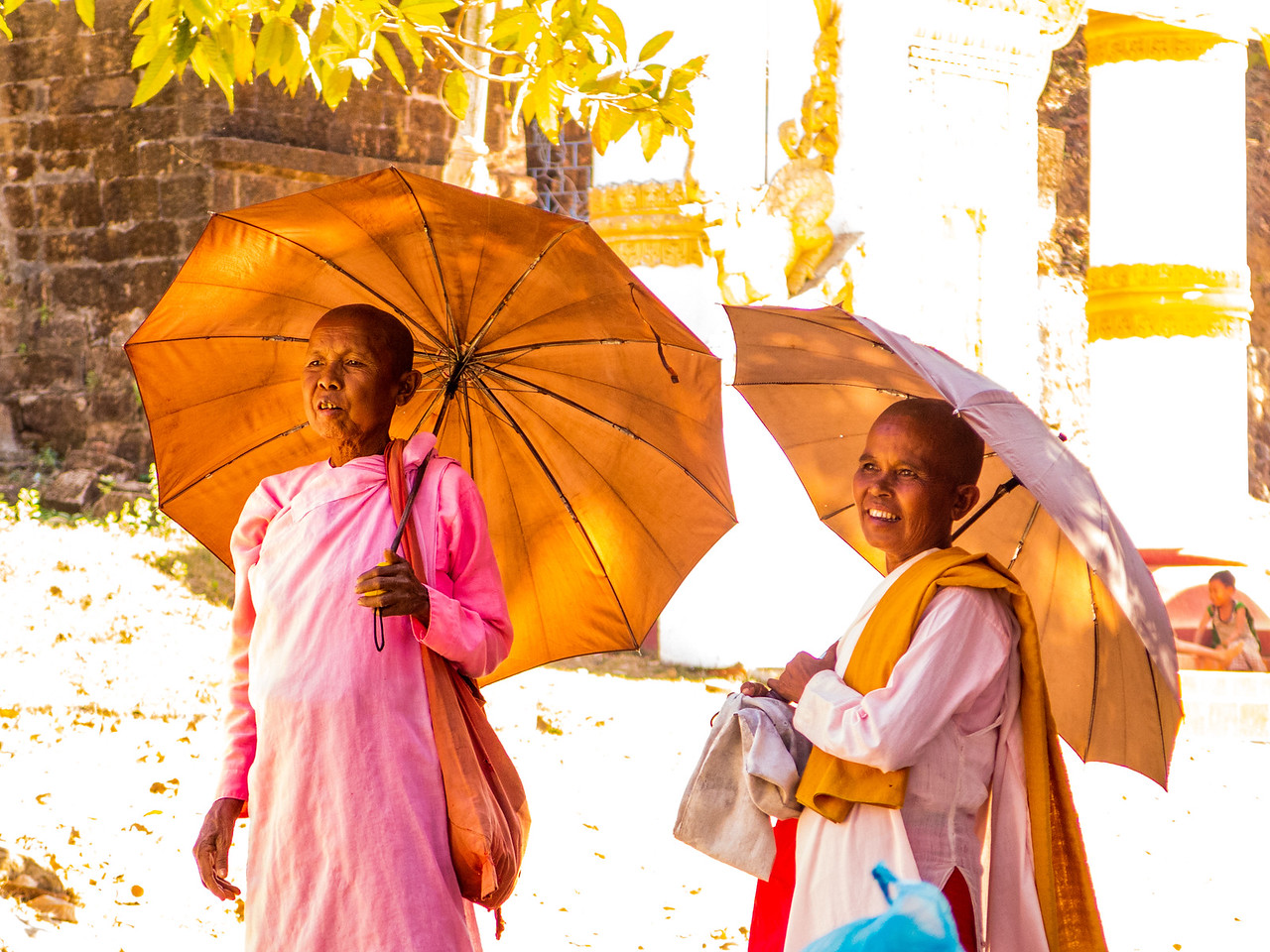 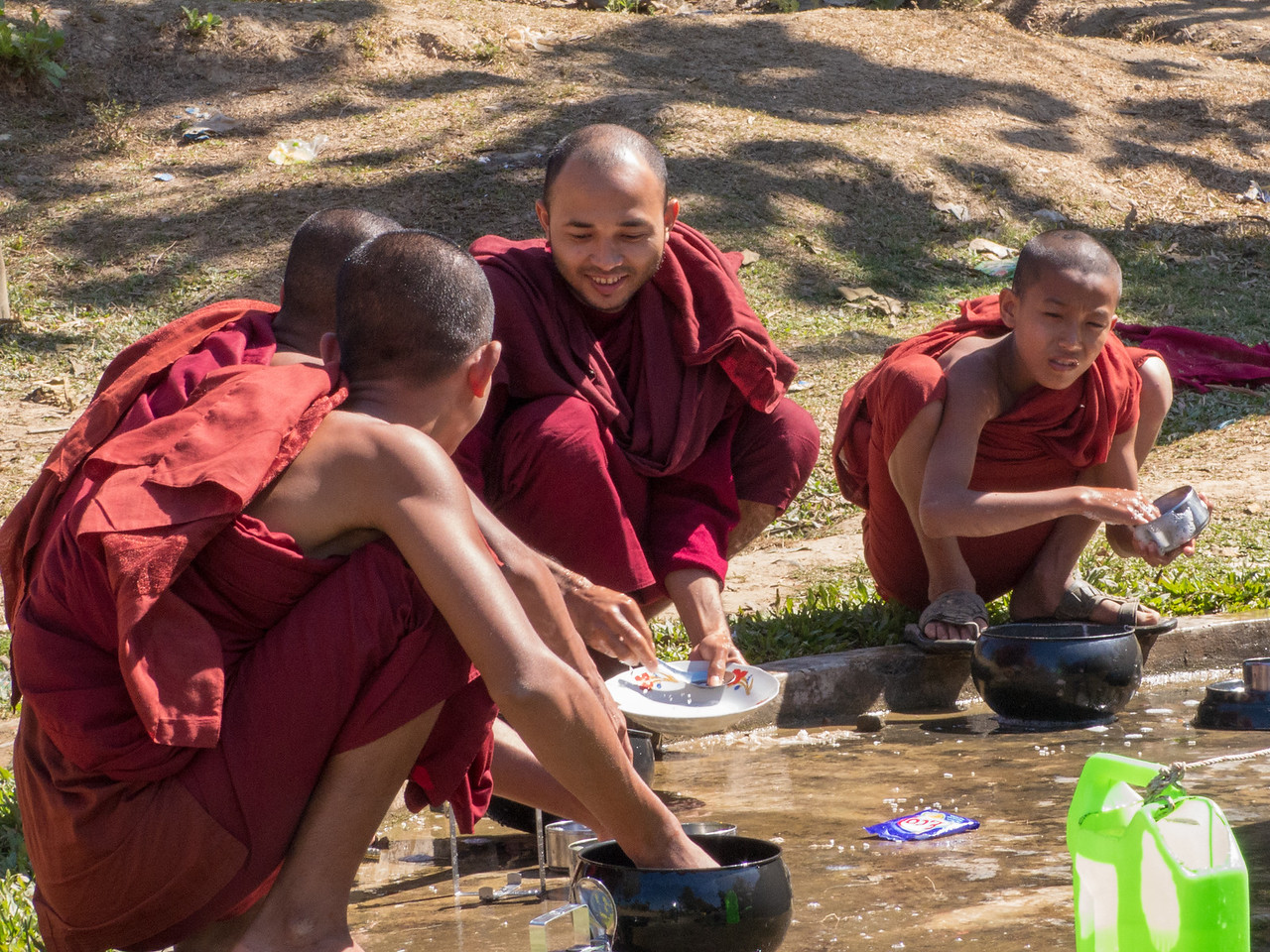 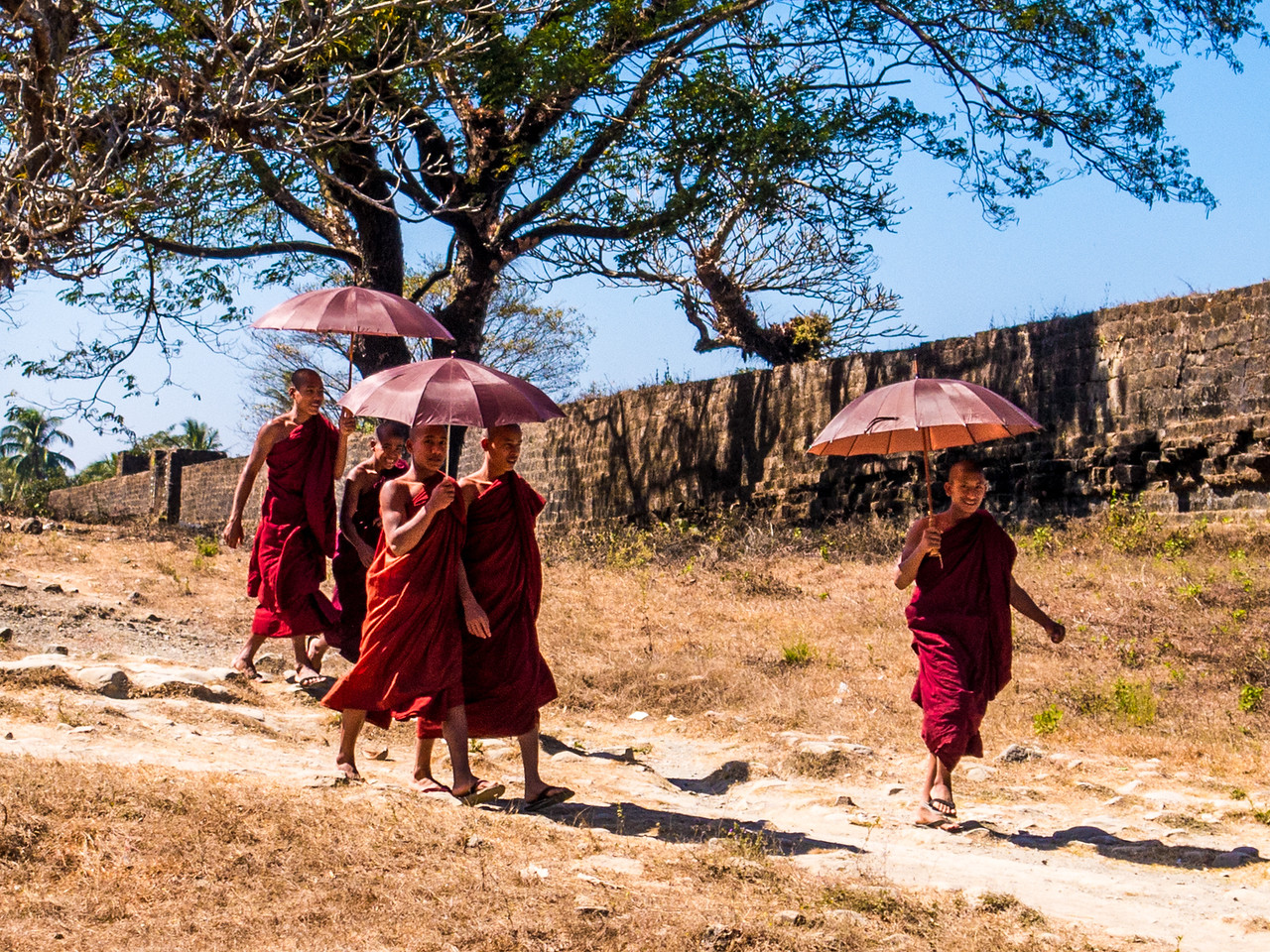 Buddhist Monks Walking With Umbrellas Outside a Pagoda in Mruak U, Myanmar 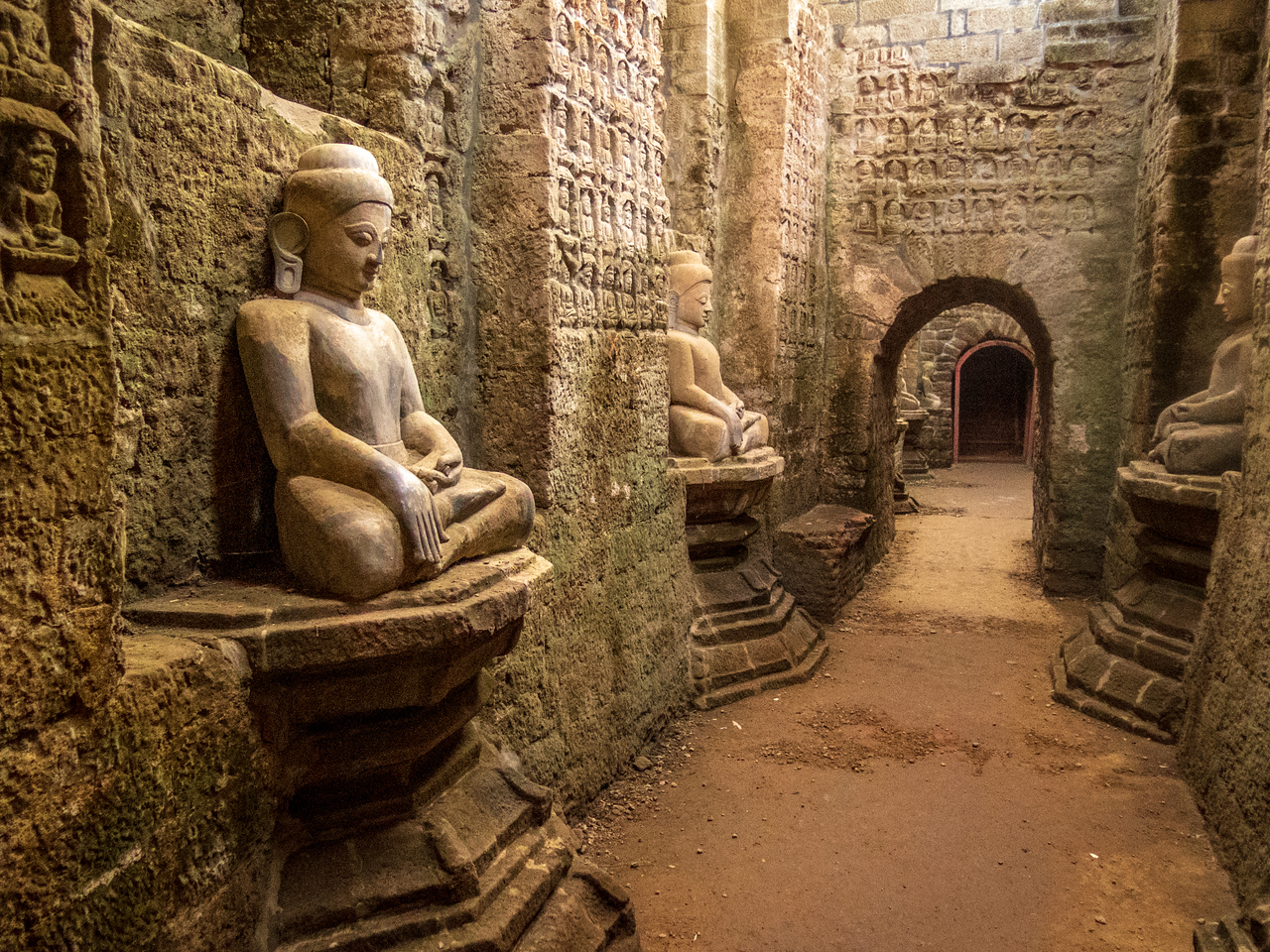 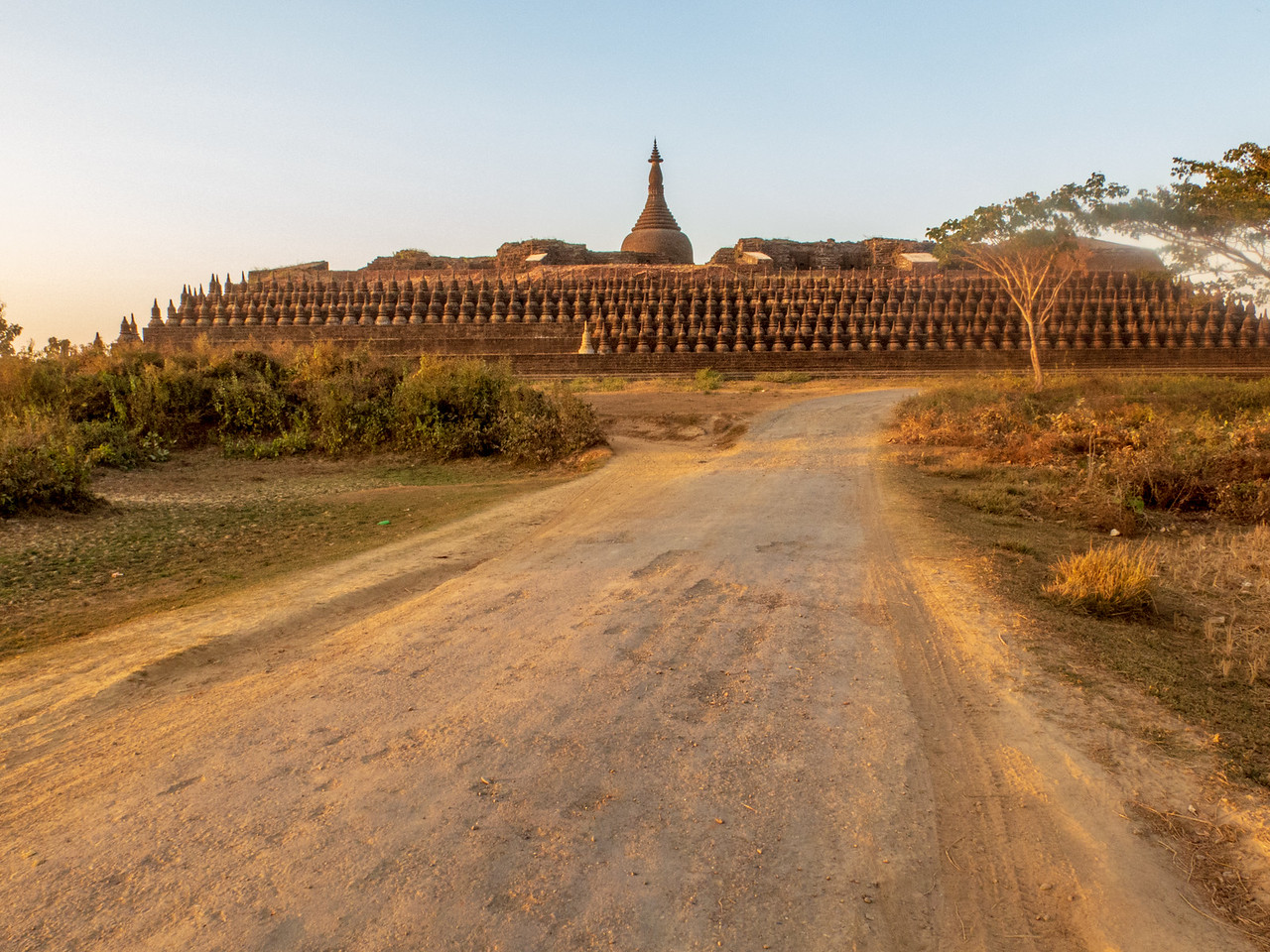 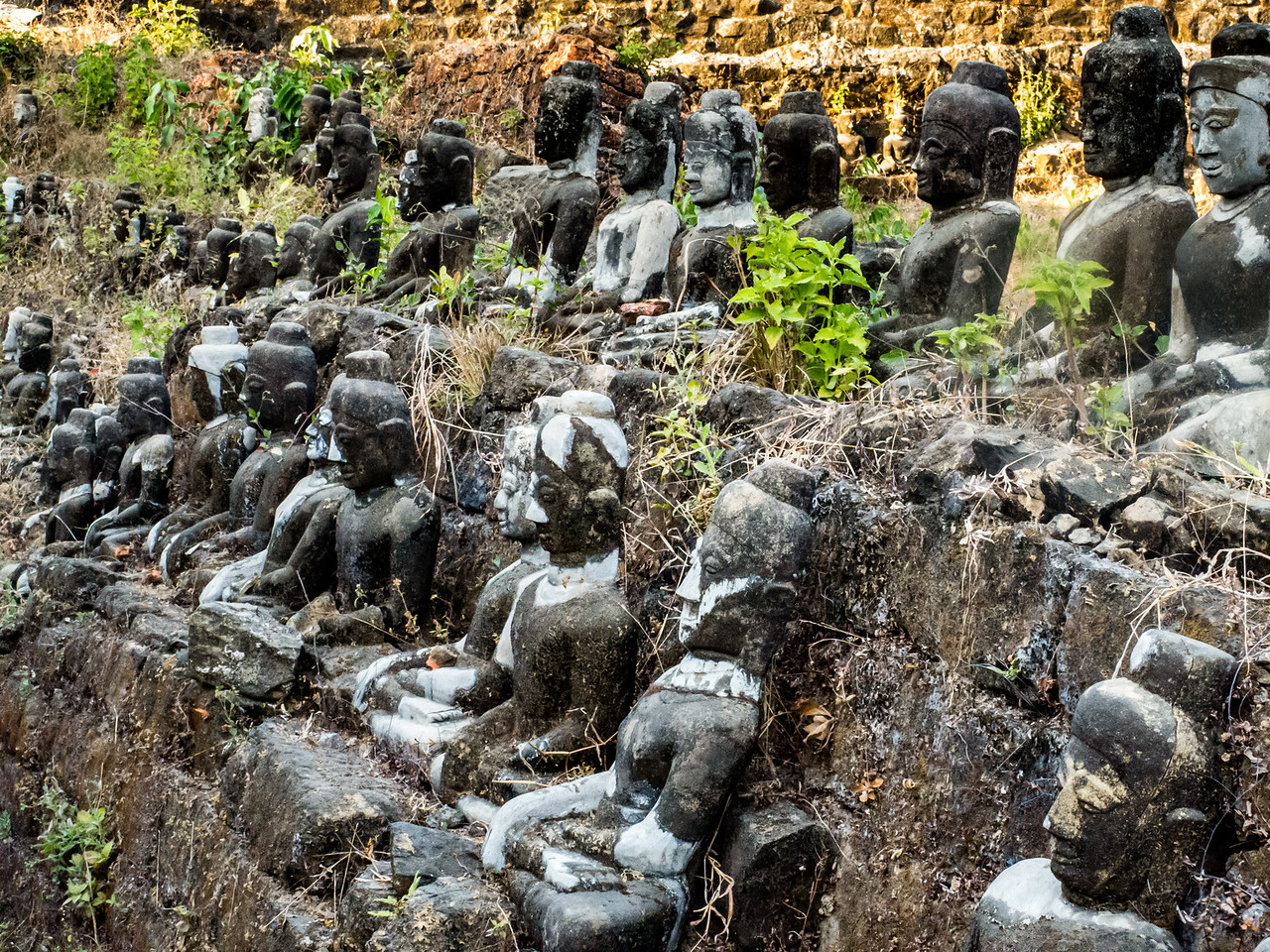 Closeup of Some of the 90,000 Buddhas at Interior of Kothaung Paya Temple

Closeup of the Chedi at Kothaung Paya Temple in Mrauk OO 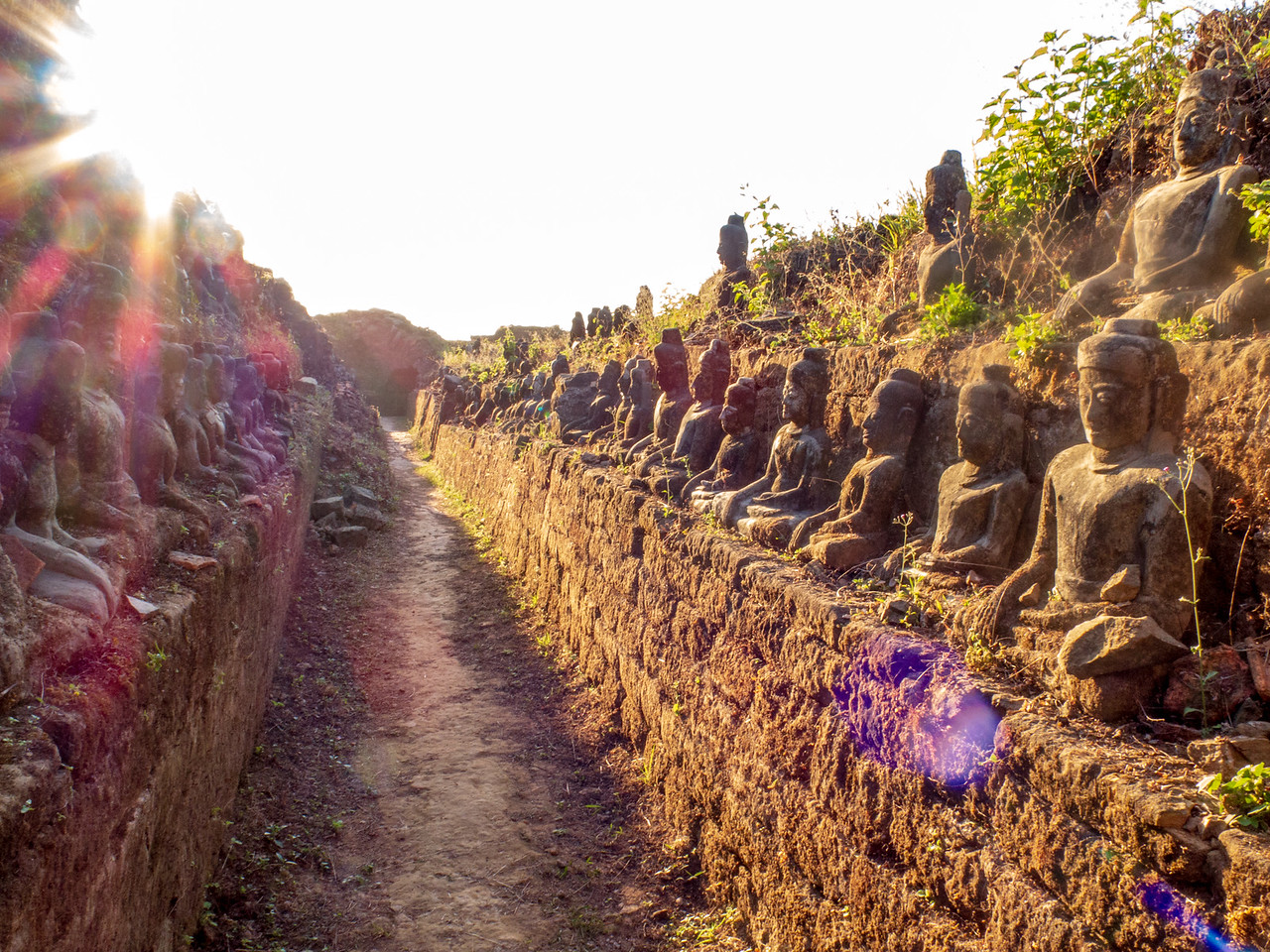 Buddhas in the Sunshine at Kothaung Paya Temple in Mrauk OO 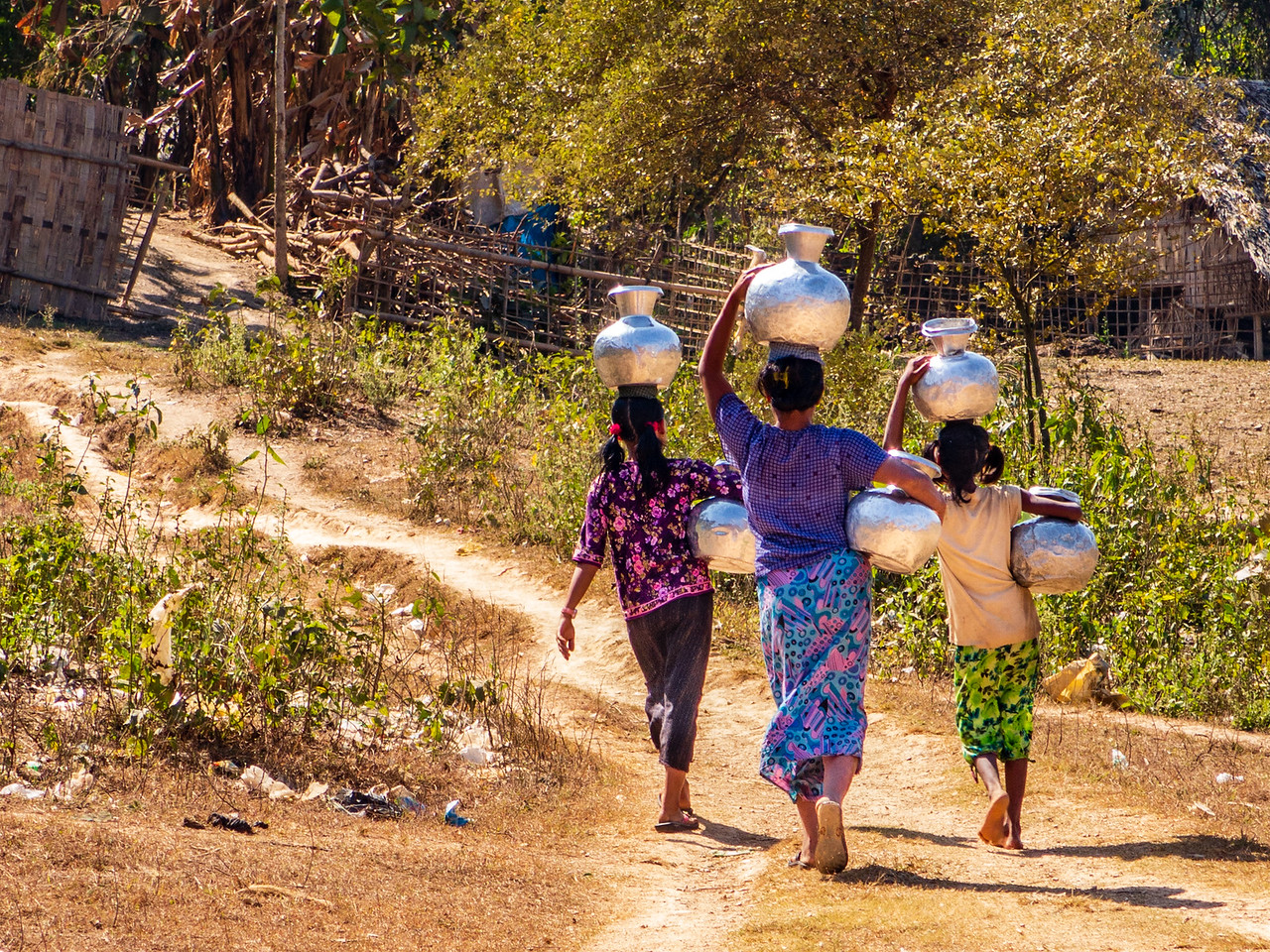 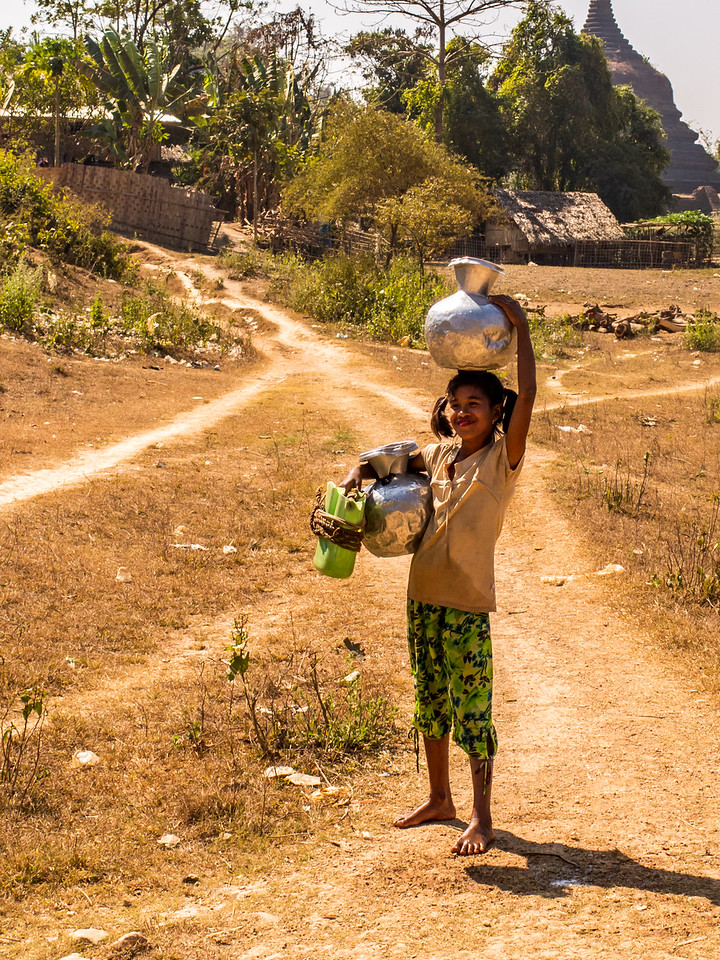 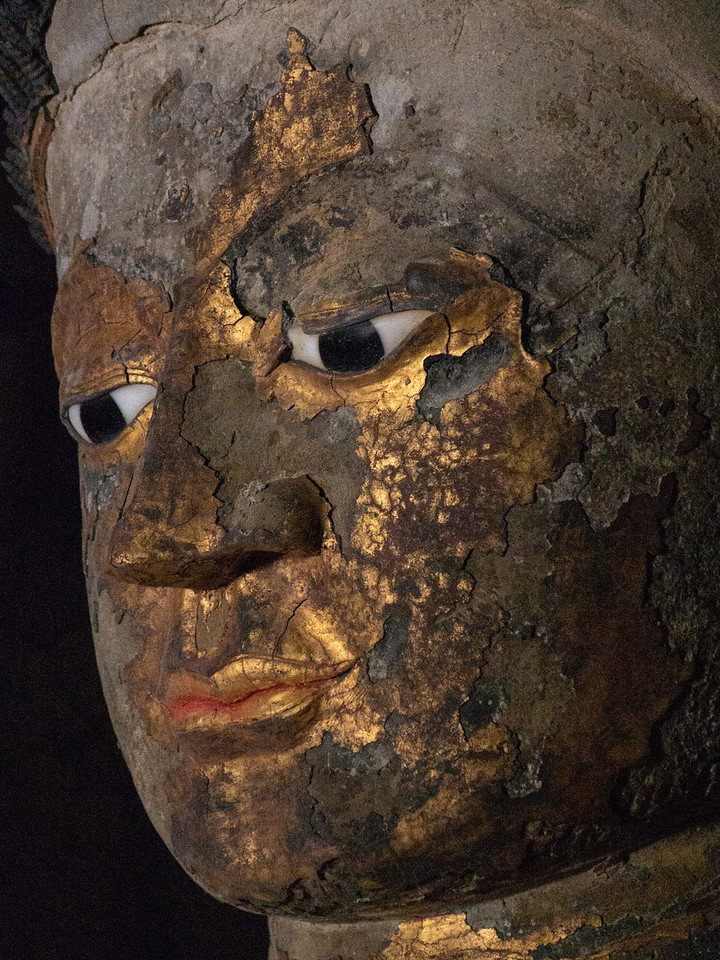 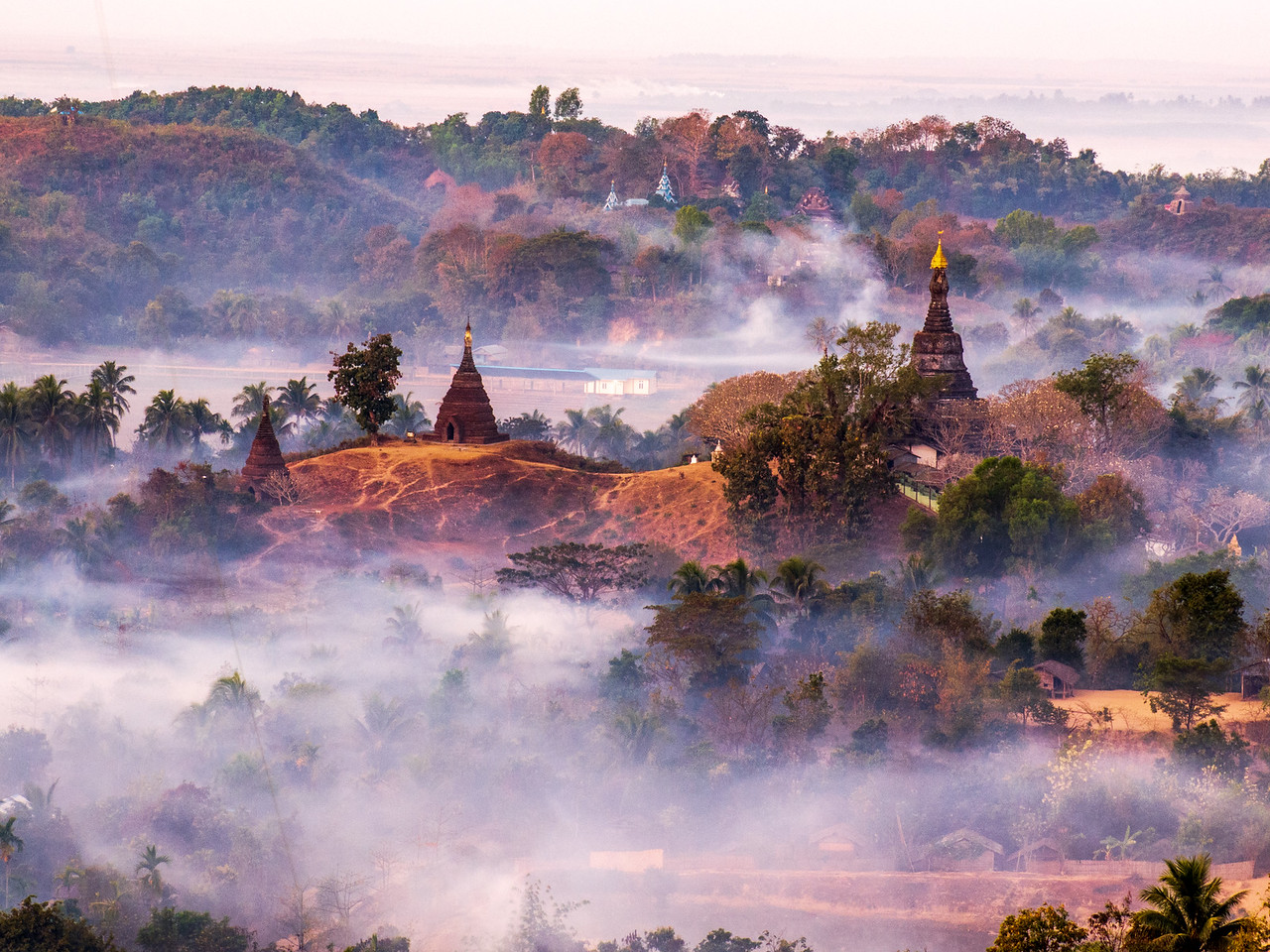 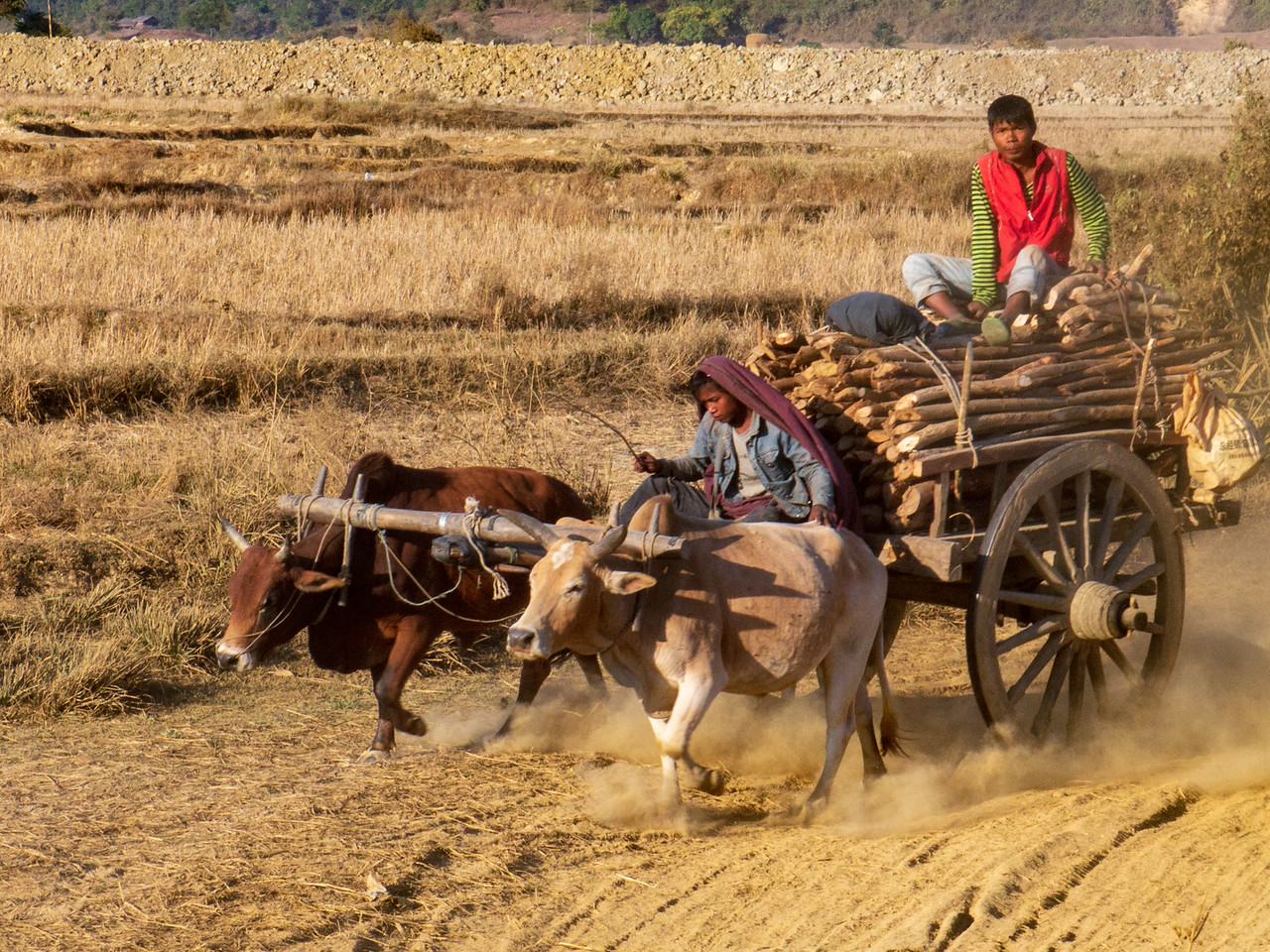 Andaw Temple in Mrauk U, Myanmar

Buddha Outside of a Mrauk U Pagoda