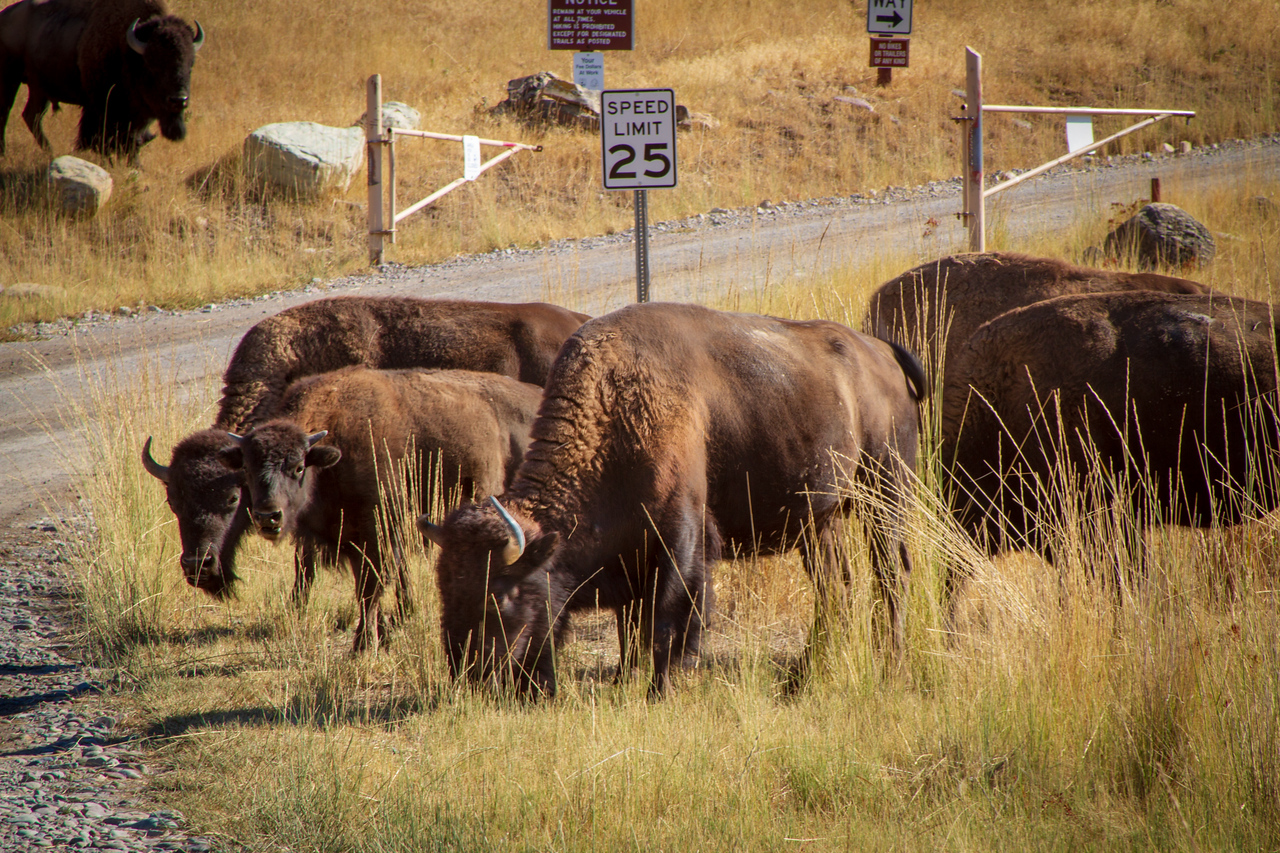 What is the National Bison Range

At the peak of the North American Bison’s existence, it is estimated there were over sixty million of them roaming North America from Canada to Mexico. In fact, they were once so numerous, the species earned the nickname “rolling thunder” because distant stampeding herds sounded like thunderstorms on the prairie. Greed, gluttony, and politics, however, as it often does, almost completely destroyed the entire bison population and by the late 1880s, there were only an estimated 1091 left.

I Am Not Sure How You Provoke Buffalo, but JUST DON’T

The National Bison Range in western Montana was established in 1908 to provide a sanctuary for the bison. At approximately 18,500 acres the sanctuary has a relatively small herd of 350 to 500 bison and accordingly there was no guarantee that we would see any. We were however rewarded almost immediately on arrival when we came upon a few scores of them crossing a road very near the entrance. The 2,000-pound creatures were wandering around seemingly as peaceful as dairy cows. There were signs warning about getting too close and I tried to keep a safe distance. It was only after further research that I learned a bison can easily outrun humans and will attack if provoked. I am not exactly sure how to provoke a “buffalo” but I took grunting sounds as a warning, quit taking pictures and got back in the car. Don’t try this at home. 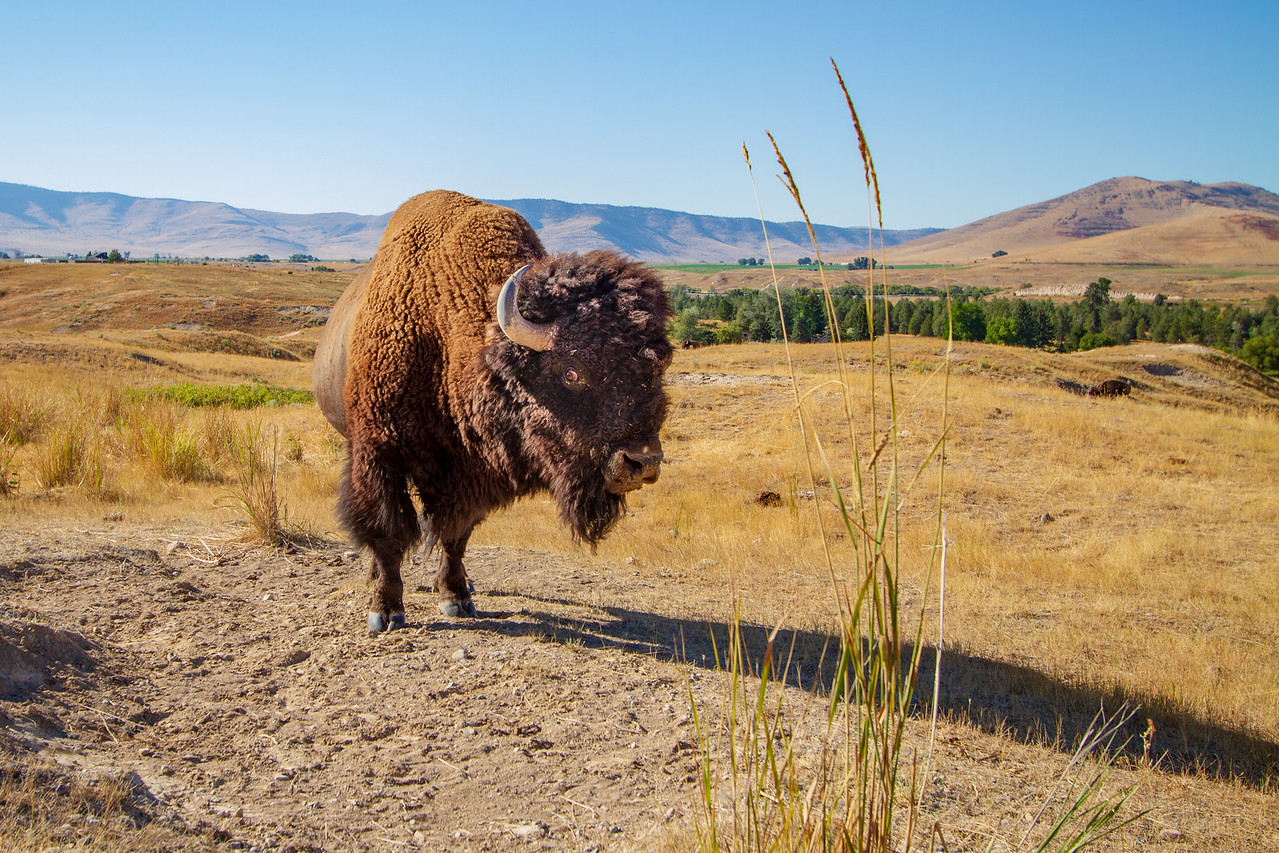 Opening Hours for the Visitor Centre at the National Bison Range

The Visitor Centre is open Thursdays to Mondays 09:00 – 17:00. Closed Tuesdays and Wednesdays.

How much does it cost to visit the National Bison Range?

How to get to the National Bison Range?

The park is located in Montana in the Mission Valley. The best way to get there is by car or tour bus.

Scenic Drives in the park

There are three scenic drives to do in the park.

1) The West Loop – This is a short one-mile loop located close to the visitor center. Suitable for all vehicles.

2) Prairie Drive – a beautiful 14-mile roundtrip open all year round. Not suitable for vehicles over 30 feet.

3) Red Sleep Mountain Drive – only open from mid-May to early October. This is a 19-mile one-way loop road, not suitable for larger vehicles. Keep an eye out for bighorn sheep as you get higher up the mountain.