What is San Pedro, Guatemala

We only had a few days in Guatemala, but we wanted to explore the area around Lake Atitlan as much as possible and San Pedro was a must. San Pedro is one of the numerous picturesque villages that line the shores of beautiful Lake Atitlan in Guatemala’s Western Highlands. San Pedro is accessible by road but the much easier way from Panajachel is utilizing the many lanchas, or small boats that act as waterborne colectivos or taxis. They are quick, efficient and inexpensive. They also offer some amazing views of and a glimpse into life on the lake. 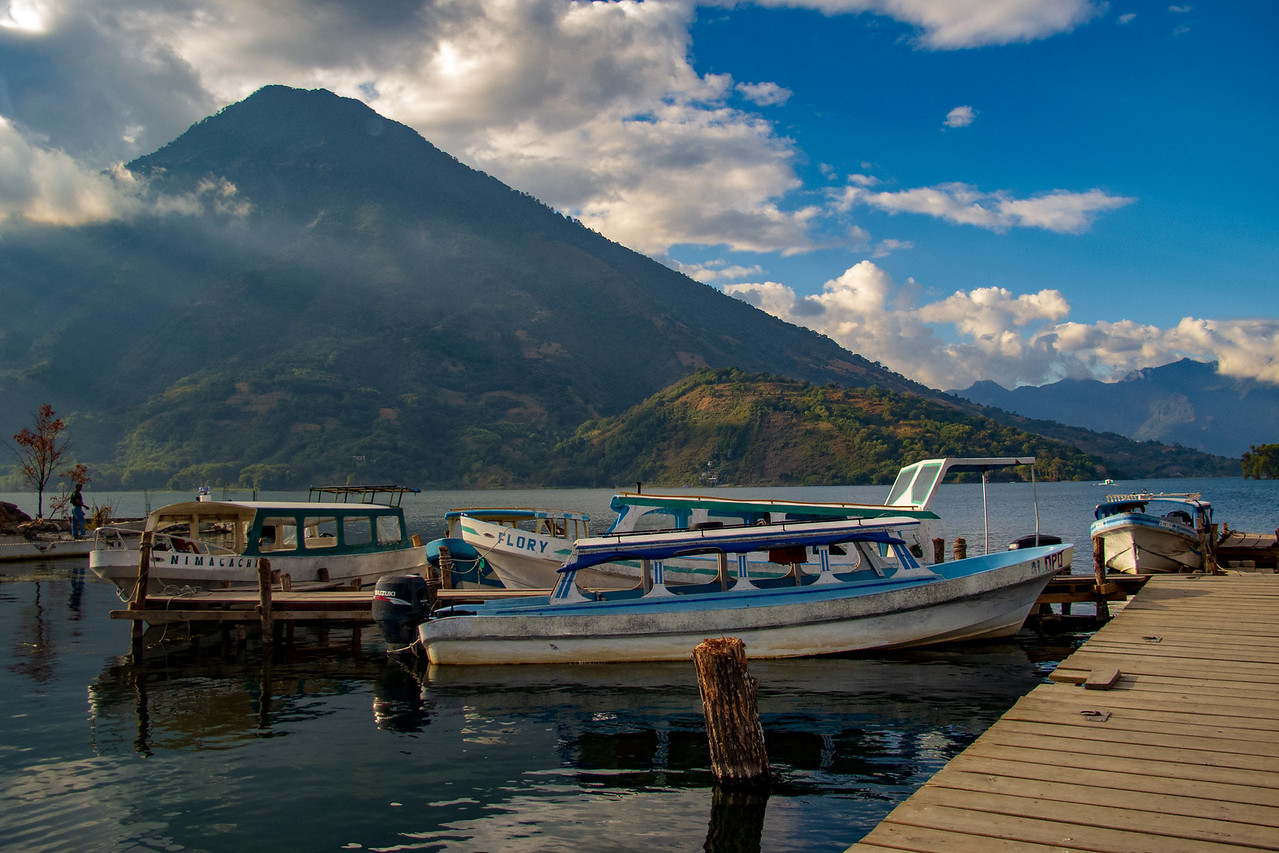 Water Taxi on the Shore of Lake Atitlan, Guatemala

Water Taxis are a Great way to Get to San Pedro

On the day that we went the lake was smooth and the weather was comfortably temperate. I have heard that on many days the wind on the lake picks up and can make the ride uncomfortable. I have also heard that during the rainy season it can be a bit chilly but we experienced none of that. The weather was perfect. There are direct routes from Panajachel to San Pedro but we opted to take the boat that hugs the shore and makes several stops including the charming town of Santa Cruz and the apparent “New Age” lake enclave of San Marcos. We also stopped at a few houses that are only accessible by boat.

There is what must have been a fine-looking new dock in San Pedro, made with native hardwoods and covered with a huge palapa but unfortunately, recent rains have raised the level of the endorheic Lake  Atitlan – a lake which has no outlet to the sea – several feet and has flooded the anchorage. For now, a makeshift gangway runs on top of the flooded dock making the poles supporting the palapa potential headbangers.  Never mind, getting off wasn’t difficult (just duck) but it was just a shame to see what was obviously a lot of hard work be temporally at least, out of commission. 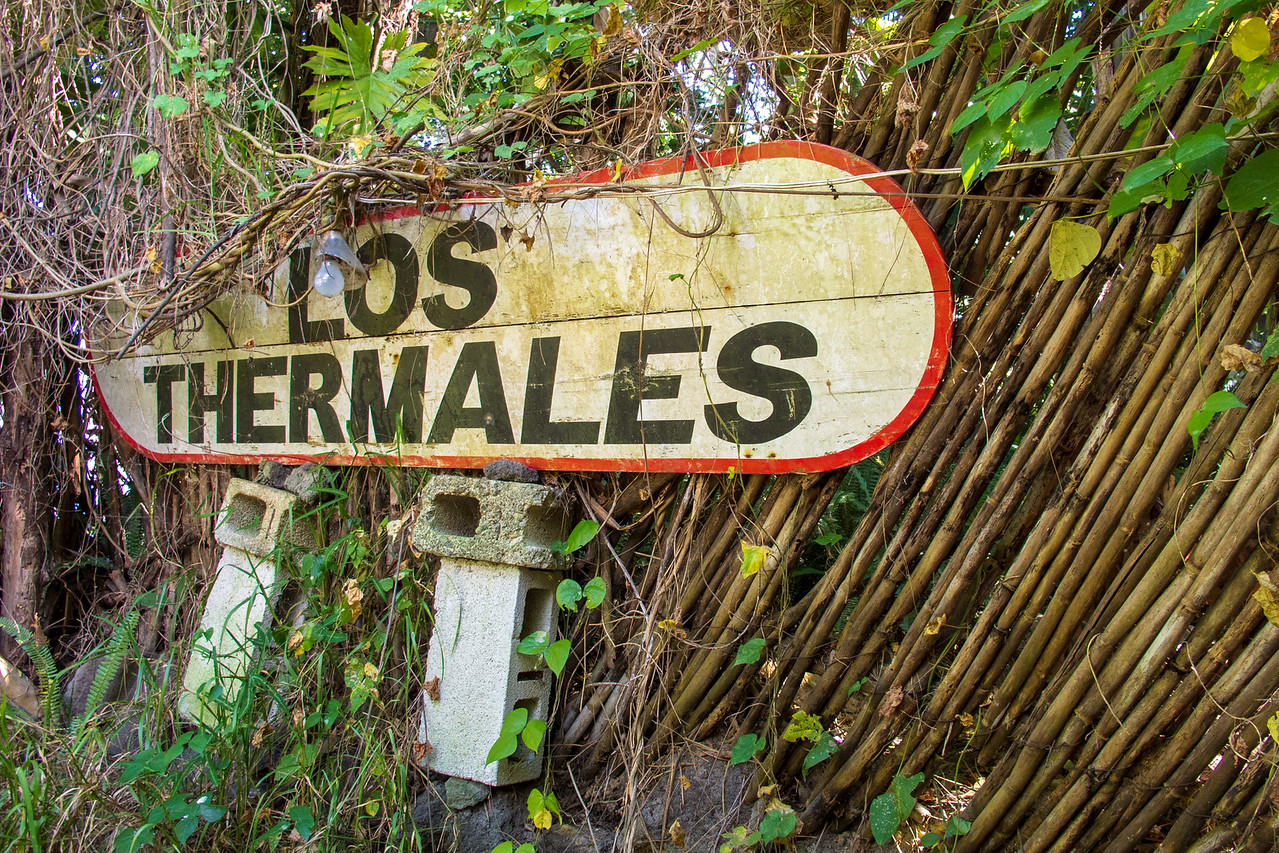 The Backpacker Invasion of San Pedro

Apparently the latest edition of the ubiquitous guidebook “Lonely Planet” has declared San Pedro to be the new fashionable place to be on the lake and the backpacking hordes have followed. That is not to take anything away from San Pedro. Despite the increased tourism the village is charming and seems largely unaffected.

San Pedro is pretty compact. There is a mix of paved roads and unpaved paths for getting around. The areas nearest the lake (mostly unpaved) are a bohemian mix of language schools, internet cafes, restaurants, bars and thermal baths. Further away from the lake is a more commercial district with many shops a small but nice central plaza and a lively indigenous market. The streets are somewhat steep but not obnoxiously so and if you get tired tuk-tuks are available and inexpensive; 5 Quetzales (or about 64 cents) anywhere in town. 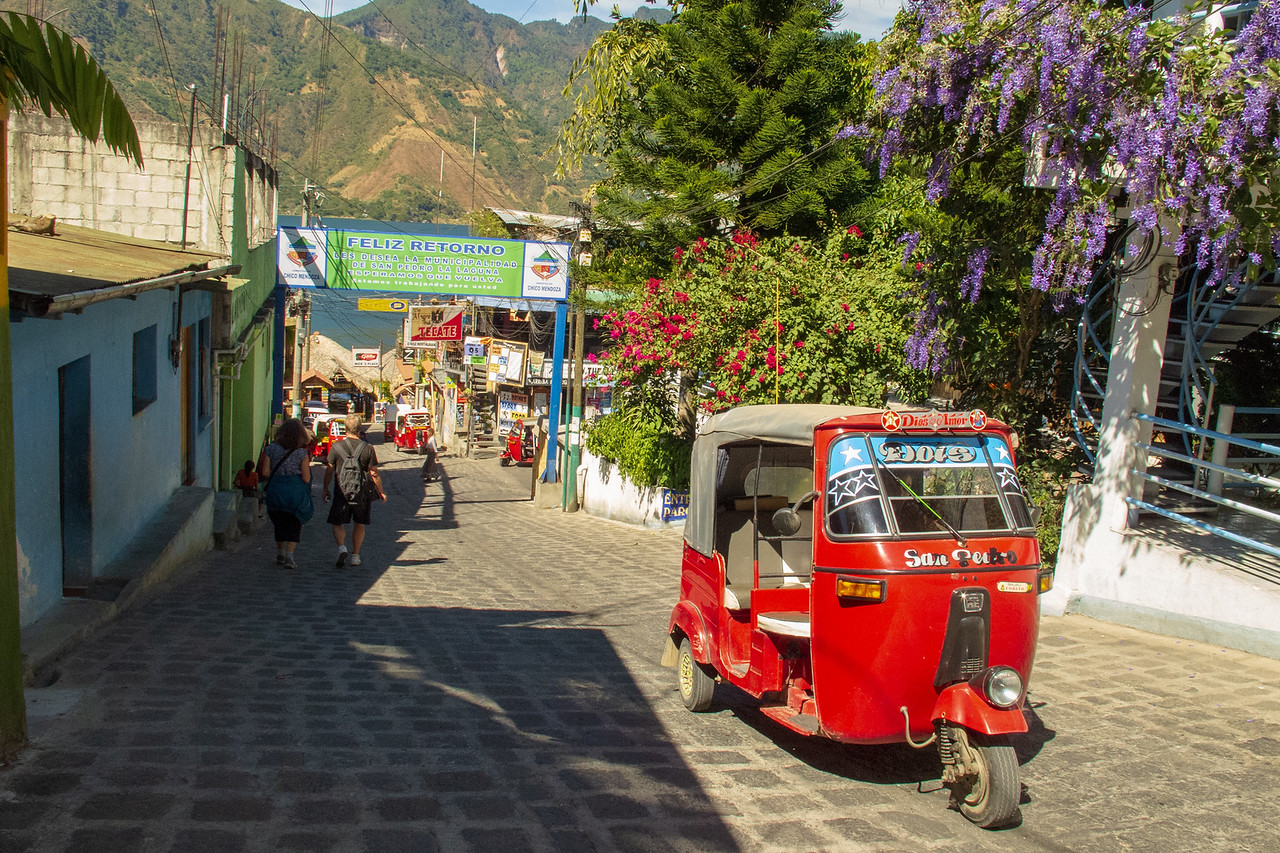 Getting Around San Pedro is Quite Easy, but Tuk-tuks Are Available

Things to Do In San Pedro, Guatemala

We found a great restaurant, “Shanti Shanti” near the boat dock and spent most of the afternoon talking with our friends Billy and Akaisha Kaderli of “Retire Early Lifestyle” about all of the great places in the world to visit. Among the things we discussed was how the more you travel the more places you want to see. Had we enjoyed the unexpectedly good Asian food and a few beers, one conclusion we came to: San Pedro on this day at least was among the best places to be.

Falafel and Some Drinks at Shanti Shanti Restaurant in San Pedro 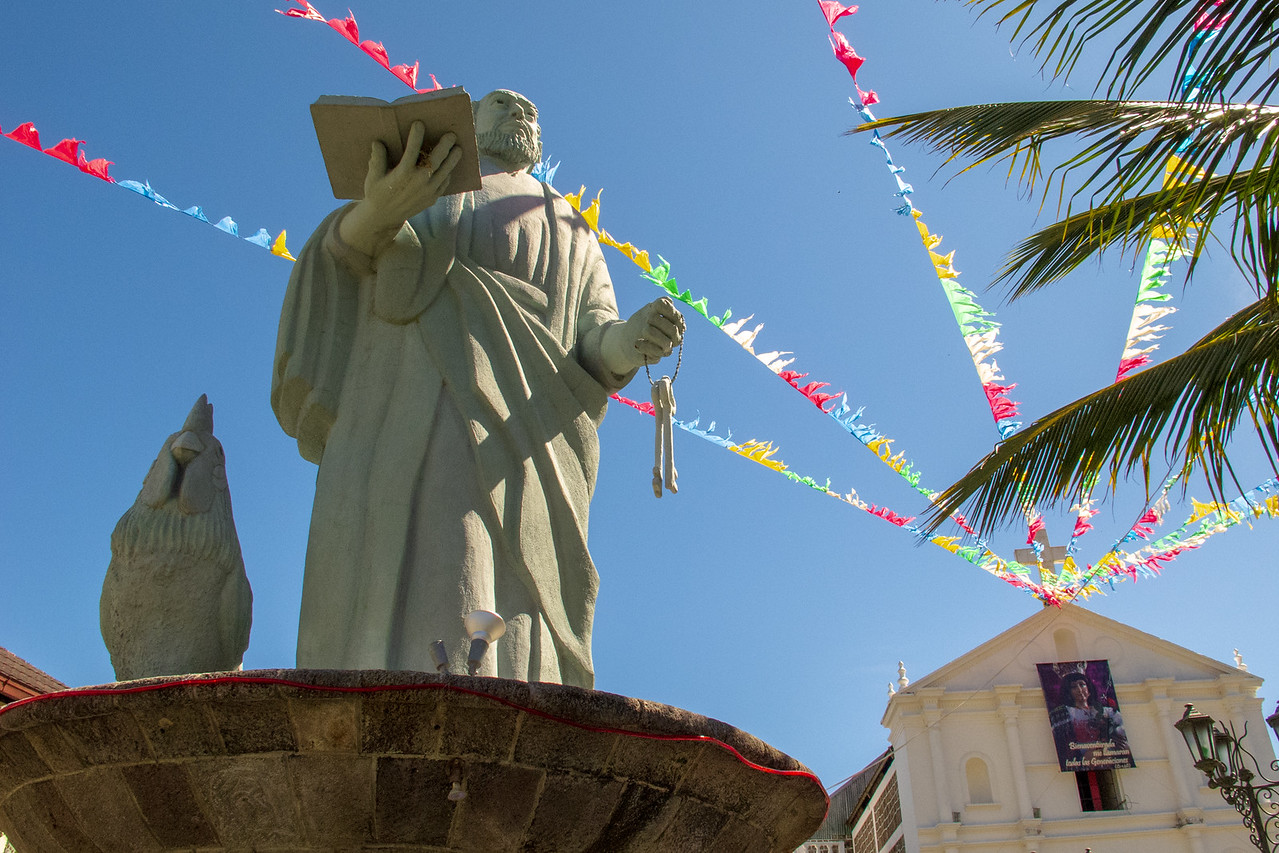 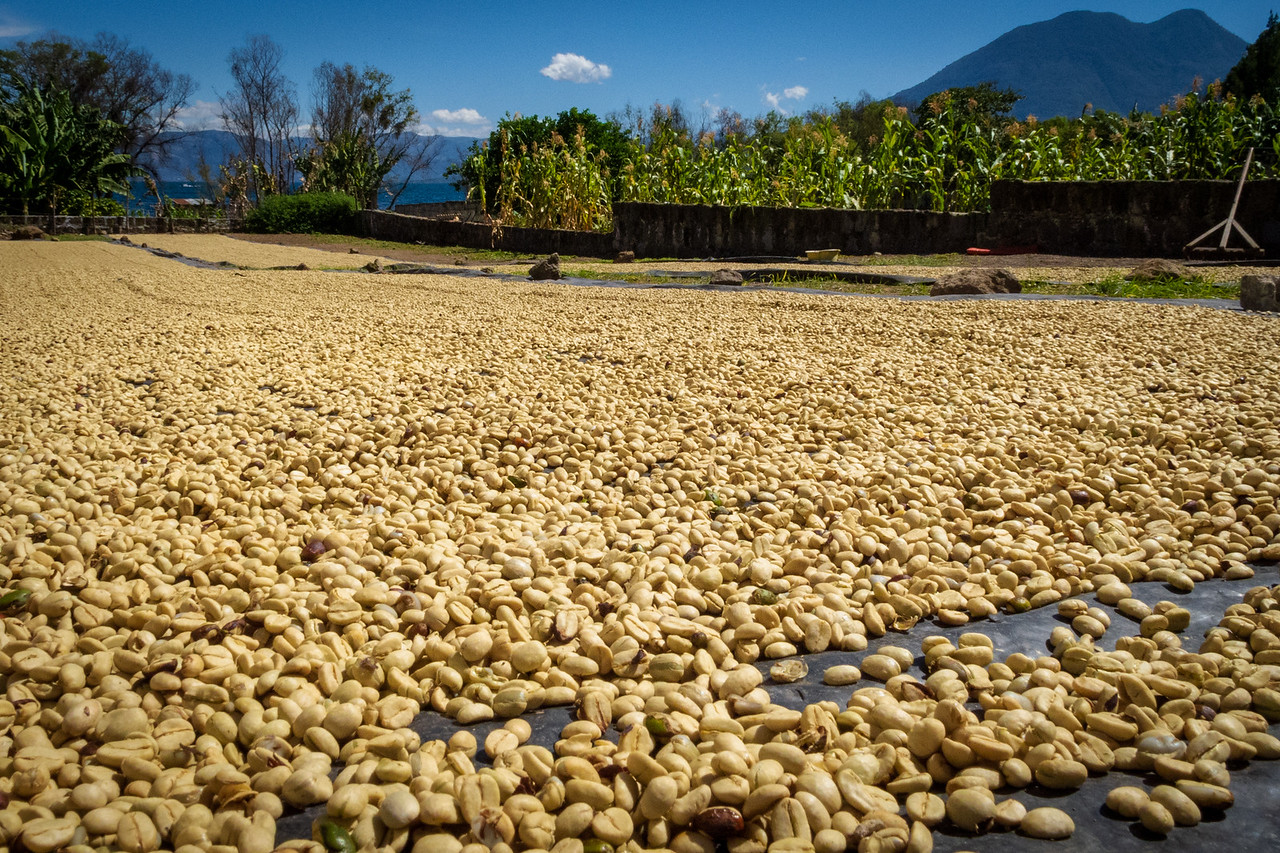 Guatemalan Coffee Drying in the Fields Around San Pedro