Part of the attraction of walking the Camino de Santiago is that it gives you time to think. Time to break old routines and enough time to bring new perspectives. It makes you receptive to new ideas and new points of view and it also gives you time to listen to your own voice, unfiltered and unfettered. 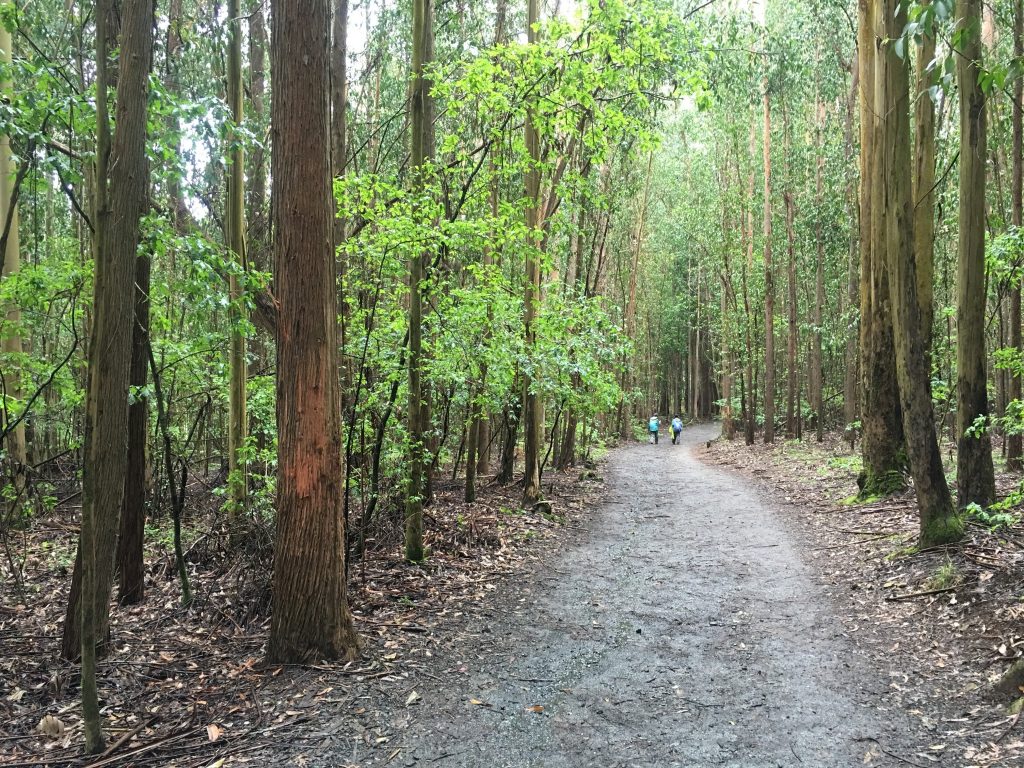 Forest on the Camino de Santiago

As we left Arzúa the skies were grey and drizzly so we covered our packs with the rain covers, put our foul weather gear in a handy place so we could access it quickly and, as we have done for so many mornings before, began marching west. Even though there are now almost 1,000 pilgrims arriving in Santiago de Compostela per day, we had the trail largely to ourselves. Despite the weather being a little wet, the trail was in good repair, the hills were mostly tame and it was nice walking.

In breaks between the forests of oak and eucalyptus and the mostly fallow farmland, we passed through several little hamlets and villages, most with small restaurants where you could buy a café con leche or grab something to eat. Some of the houses had been abandoned and were slowly being reclaimed by nature. 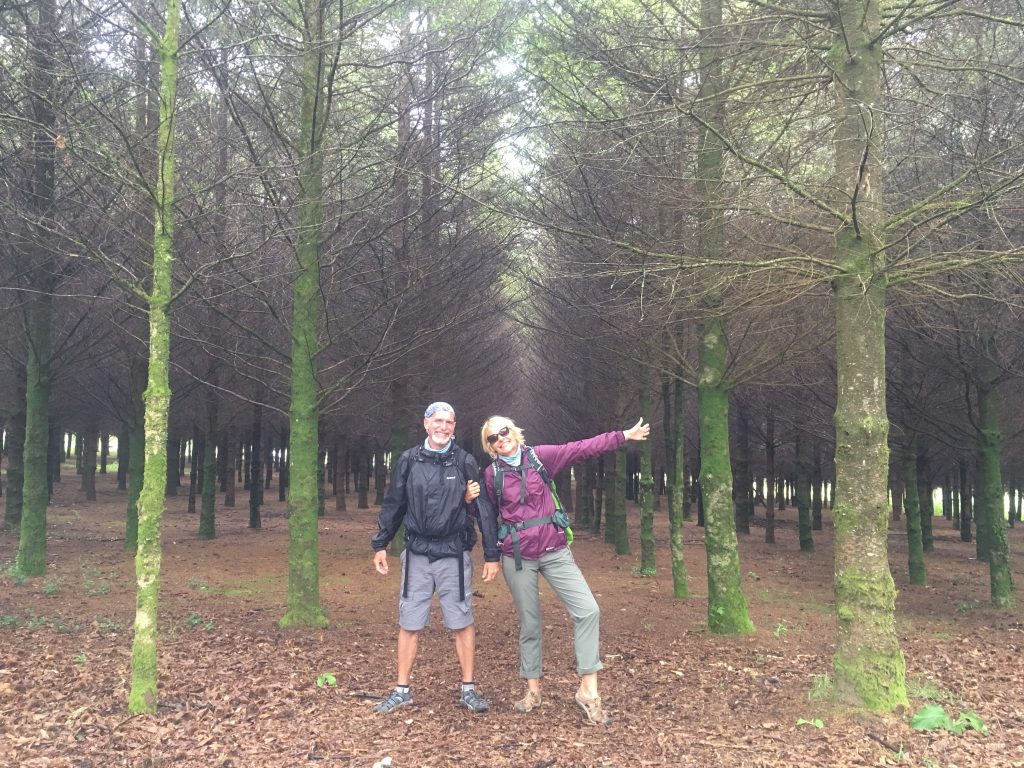 Forest on the Camino de Santiago

In one little hamlet we came upon a creation called “The Wall of Wisdom, which was simply a bunch of random ideas that someone has printed up on construction paper and placed on display on an old building for pilgrims to read and contemplate during their walk. My favorite was, “Do you question your own ideas (beliefs) as much as you do other people’s ideas (beliefs)?”

We crossed an old Roman era bridge over the river Mera and passed a Medieval shrine dedicated to Santa Irene. We stopped for coffee and chatted with other pilgrims. Mostly we just enjoyed the rhythm of walking along quietly and enjoying the atmosphere. 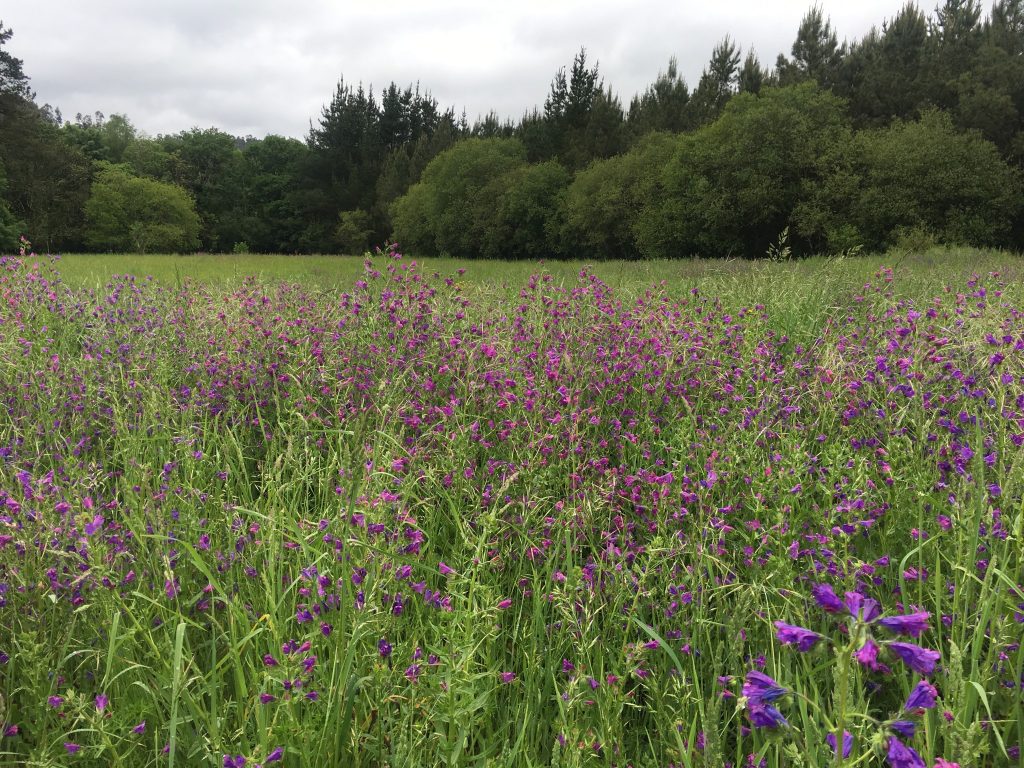 Later we started noticing that someone had used white paint to write the lines of John Lennon’s song “Imagine” on the rubbish bins by the side on the trail and we found ourselves anticipating the next lines. We would see, “Imagine there’s no countries. It isn’t hard to do” followed several hundred meters later by, “Nothing to kill or die for. And no religion too” “Imagine all the people living life in peace.” We were already singing the chorus, “You may say I’m a dreamer. But, I’m not the only one” long before we could see the writing. Yes, sometimes it is the simple things. 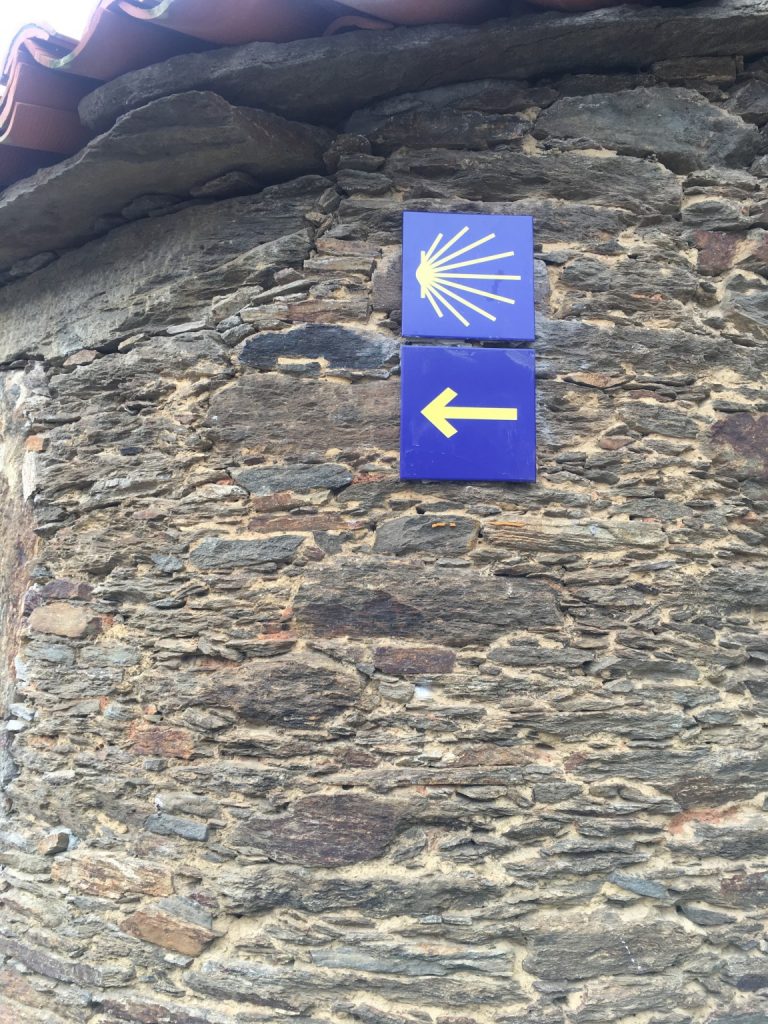 “The Way” to Santiago de Compostela

We arrived in O Pedrouzo via a circuitous route around the town, checked into our Pensione and went into town in search of food. We found a busy pizza place filled with a mixture of locals and pilgrims and had a leisurely dinner there. We knew that tomorrow we were going to arrive in Santiago de Compostela, but we avoided talking about that. It is going to be exciting to arrive, but this trip has been all about the journey and the end is too close.
Camino de Santiago: Day 30, Santiago de Compostela, Spain