We got a late start because we had done laundry too late in the afternoon the day before, our albergue didn’t have tumble driers, it was a cold night and our “quick dry” clothes were in no hurry to get dry. No matter, it was nice to have a slow start. It was going to be another of those unpredictable May northern Spanish weather days and we put on a few layers of clothes, our rain flys over our backpacks, made sure our rain gear was easily accessible and started walking. Palas de Rei was a nondescript town, but it did serve our needs while we were there and it didn’t take long to be back in the countryside once we did. 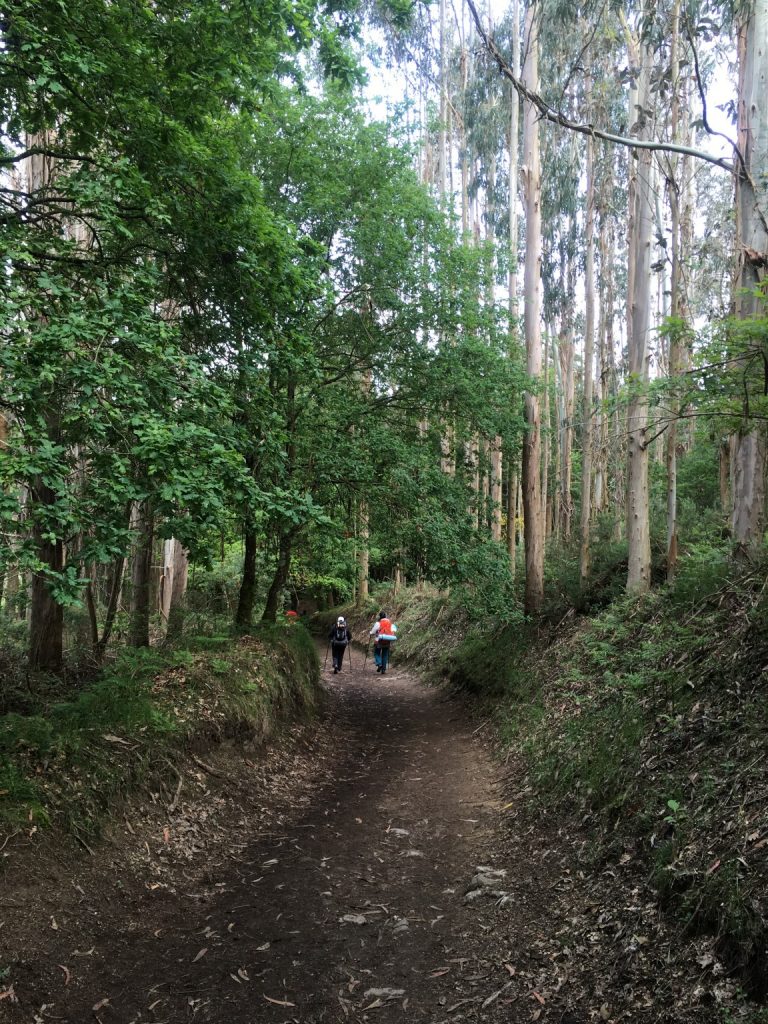 We have gotten into the habit of getting some kilometres behind us before we eat breakfast and this generally serves us well but today, because of the late start, by the time we got to Pontecampaña we were starving. After coffee and croissants we began walking again but, to be honest, our hearts really weren’t into it. We were still loving our time walking across Spain, but with every step, it was getting closer to ending. Even though we have been out almost a month, we wanted to go slower and drag things out a bit, or just sit and enjoy the moments. 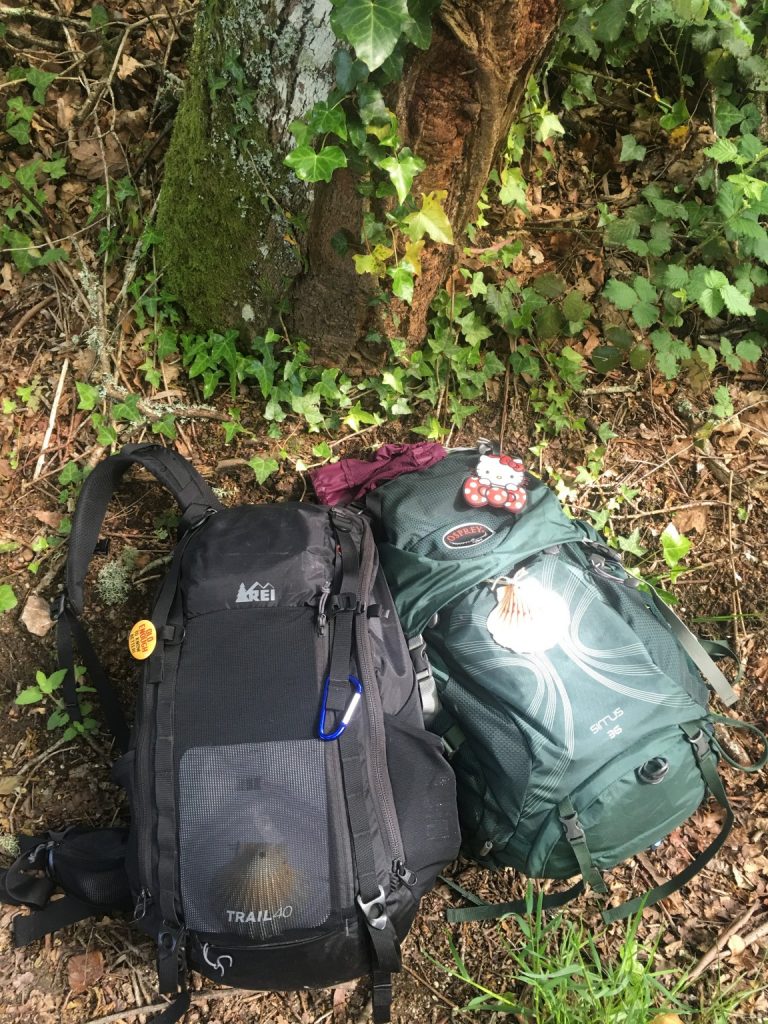 A Months Worth of Packing

When we first started “The Camino” we were concerned about getting too many “sellos” in our pilgrim credencials, but now that we were getting closer to the end at Santiago de Compostela, we found that we were going to have some blanks spaces in our “pilgrim’s passport” and we started getting stamped at every opportunity possible so we could have it filled. We stopped for stamps at two churches in Melide; one a very traditional one with a high gilded altar and another, more austere 13th century one with original frescoes. The former had some of the exact kind of three-dimensional artwork that I had seen in Arequipa, Peru. It is amazing sometimes how small the world feels. 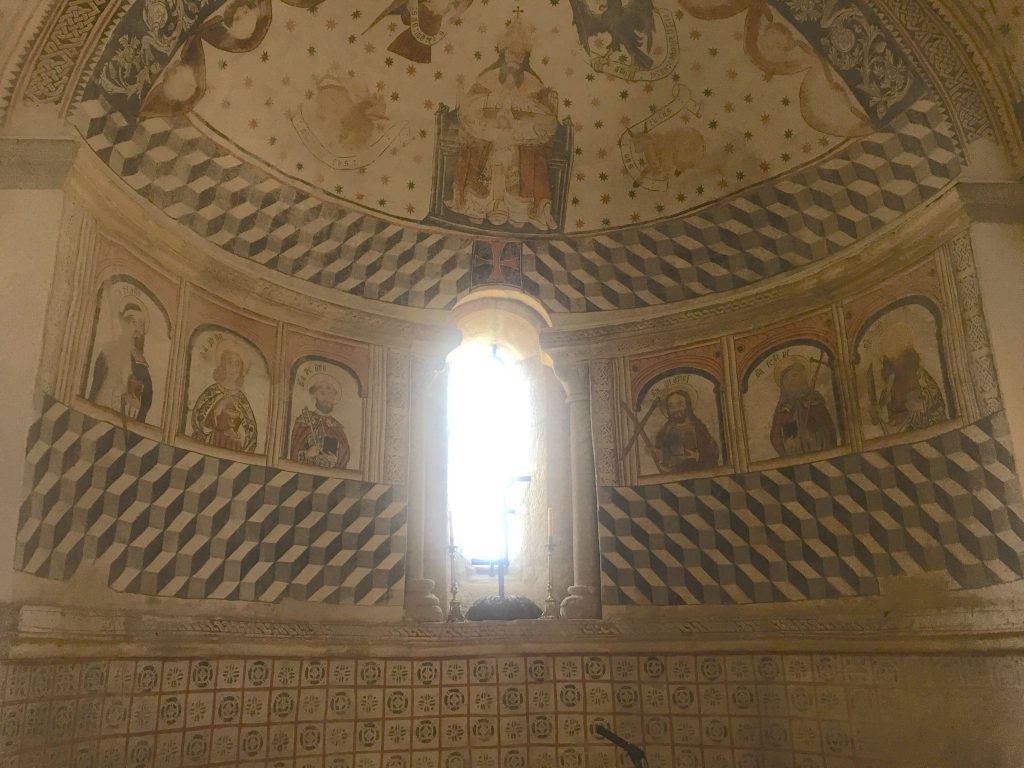 13th Century 3D Artwork in a Church in Melide

The terrain in this part of Galicia is mostly forest and farmland spread across rolling hills. Everything feels fresh and fertile. In another way of making the world feel smaller, in addition to chestnut and other Spanish native trees, huge forests aromatic eucalyptus trees from Australia are beginning to be planted as part of a “sustainable forests” program. It will be interesting to see how that works out. 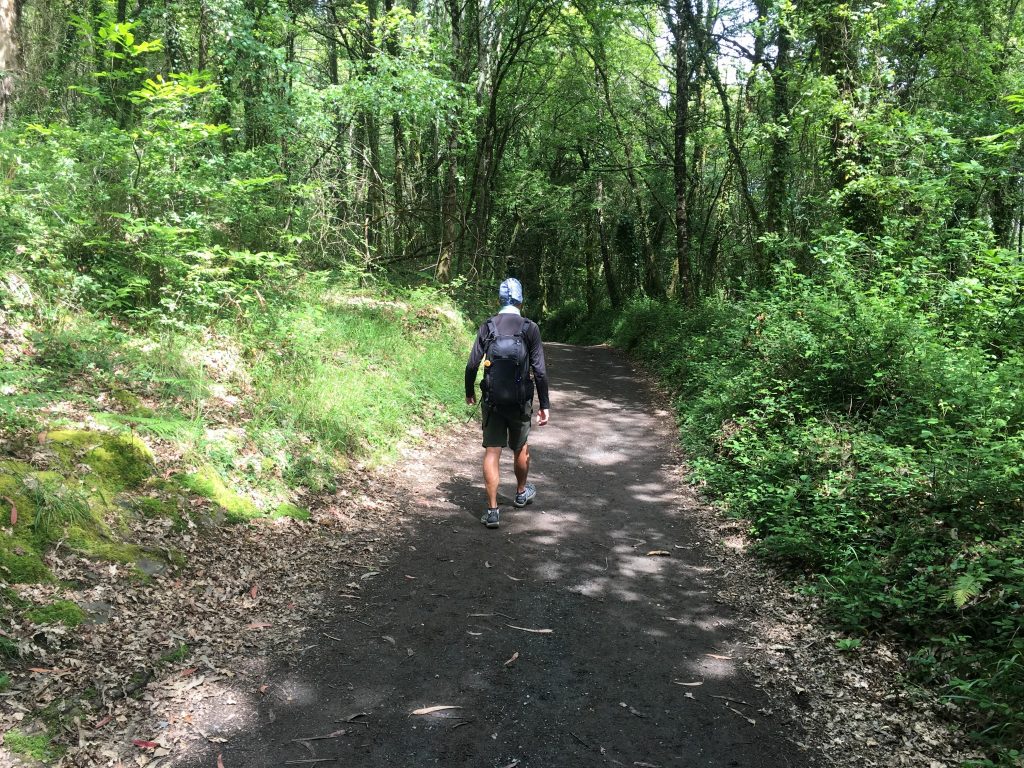 Hiking through the Forest Near Melide

We made a quick stop for fresh strawberries and cake a another of those “El Pequeño Oasis(es)” that pop up, usually just when you need them. This one offered everything from fresh fruit, and homemade baked goods to cans of Estrella beer. There was no one around to mind the store and everyone is trusted just leave a few euros in the collection box, thank you. We got a “sello” here as well. 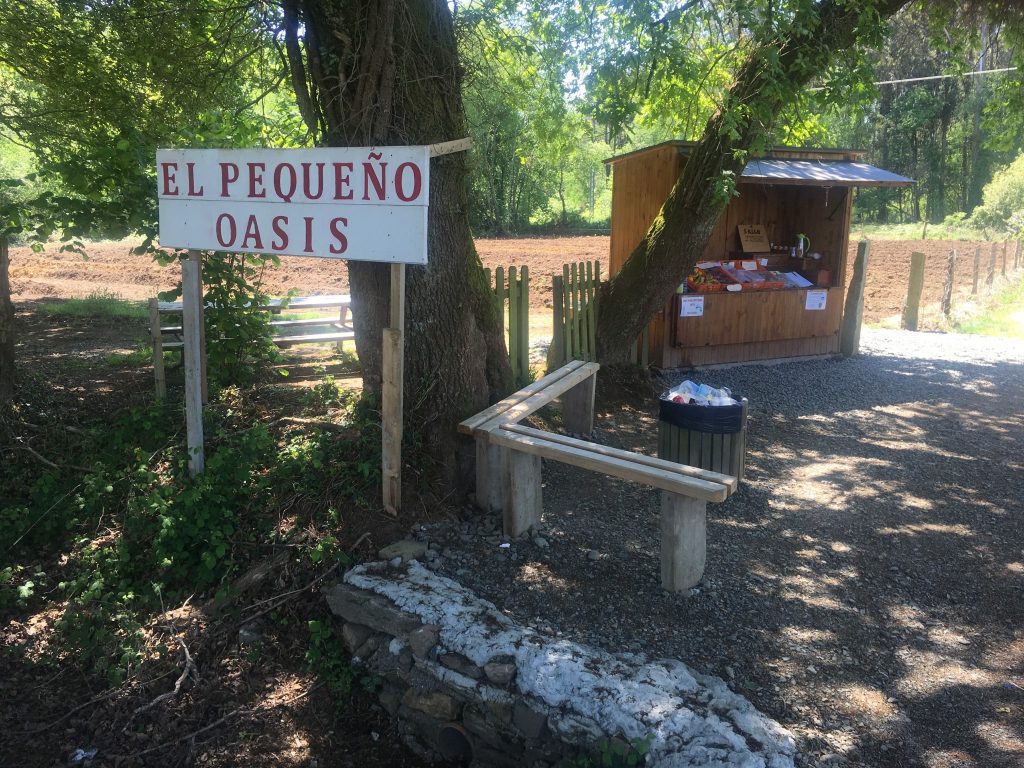 We arrived into Arzúa tired and sore, but luckily Sarah had booked us a nice room in a AirBnB. Not long after we arrived we were happily surprised to find that two German girls (and the dog that was traveling with them) we had met a few days earlier were booked into another of the rooms. We all went out to the Plaza Mayor, met other pilgrims, and had a huge meal of fish, octopus, pasta and many other “bocadillos”, and of course, more of the very excellent local wine. We even discovered a new favourite, creamy Arzúa cheese! 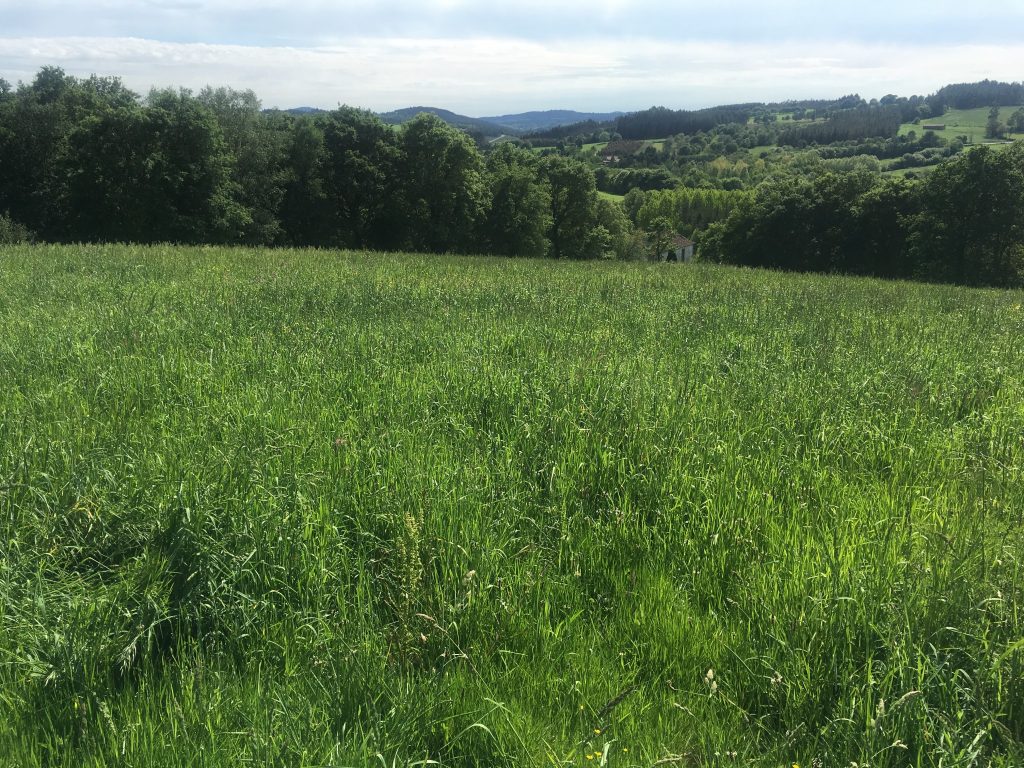 Farmlands Outside of Arzúa