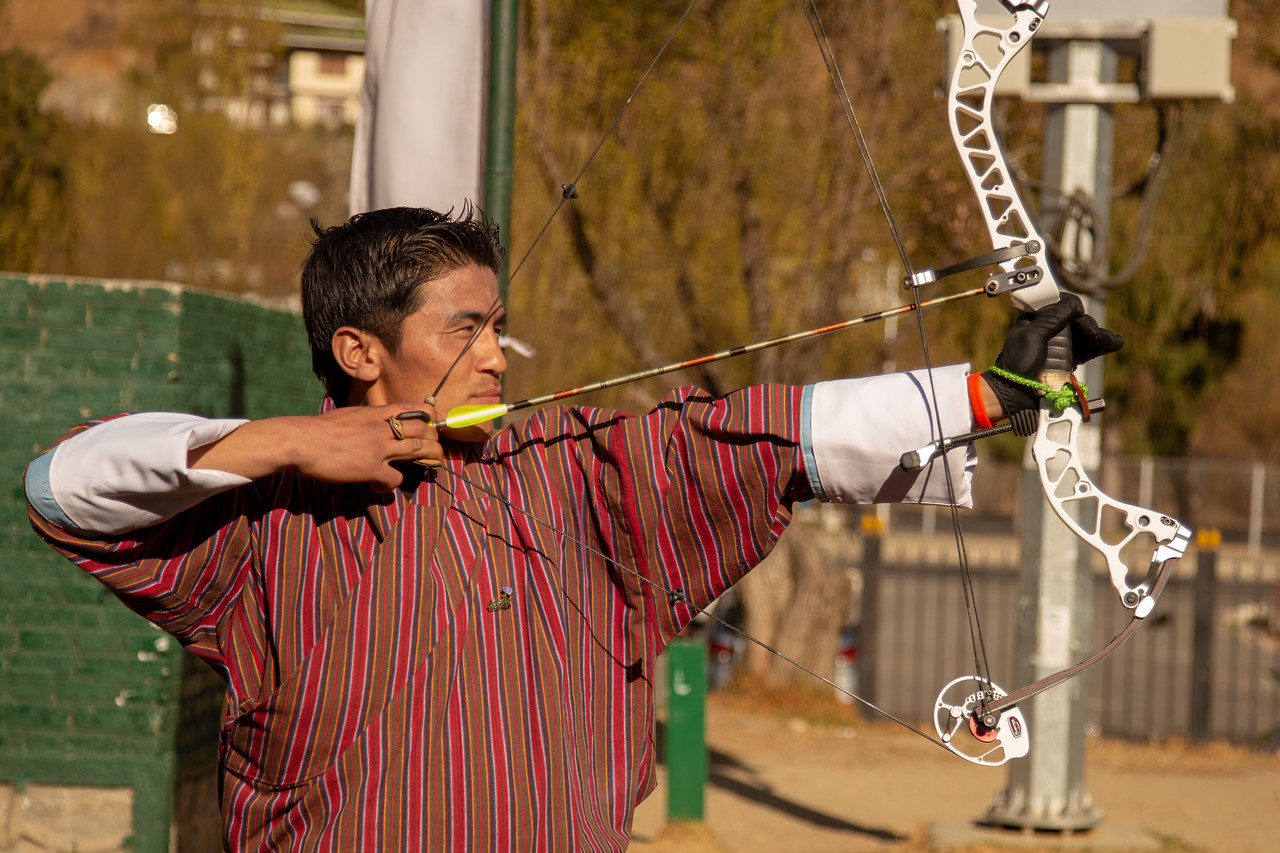 Archery is the National Game of Bhutan

While passing through towns and villages in Bhutan, we often came across Bhutanese men enjoying a game of archery. Archery in Bhutan, however, is played somewhat differently to the international version. Archery became extremely popular during the late 1920’s and is now very much a part of everyday Bhutanese life. 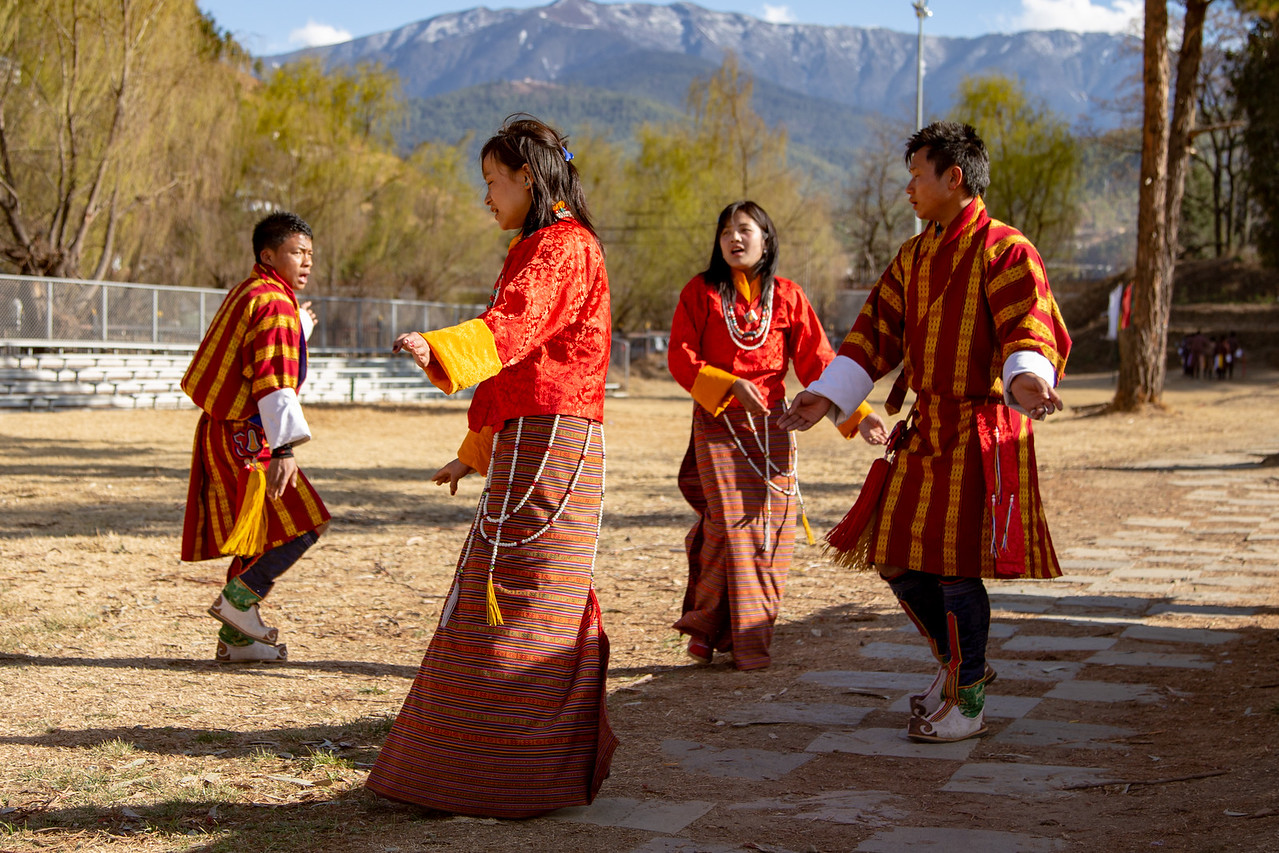 Bhutanese Dancers Taunt the Archers During Archery Competitions in Bhutan

In Bhutan archery every team has its own set of singers and dancers, but they are not there to just cheer their own team. They stand by the target and try to distract and mock their opponents with songs and dances which taunt them about their skills on the archery field as well as their prowess in the bedroom. If the other team does hit the target, then they start to howl. Despite not understanding the jokes and taunts, it was fun to watch.

In Bhutan the Archery Targets are an Incredible 145 Meters Away

Why is Bhutan Archery Unique 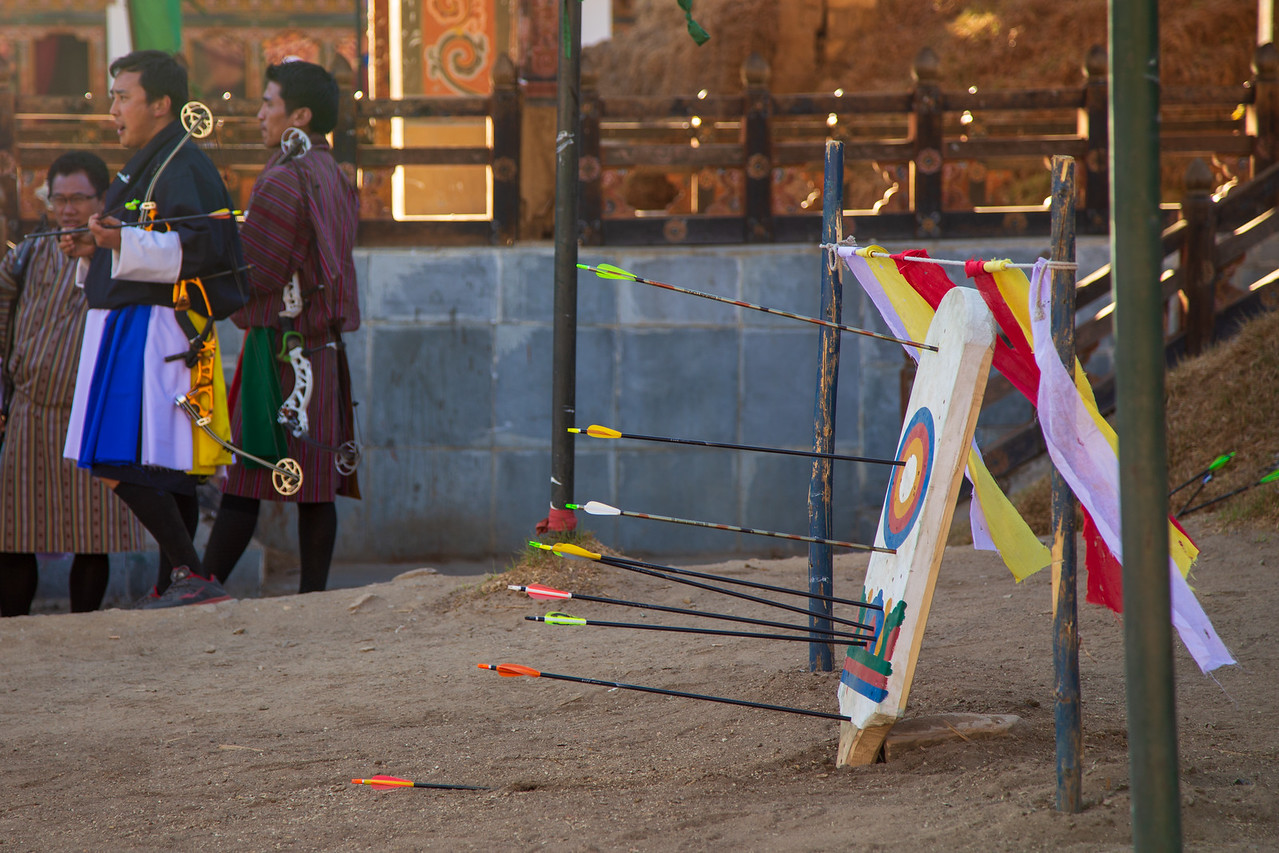 The Target in Bhutan Archery

Drinking Seems to Be Part of Bhutan Archery as Well

Something else, that keeps archery in Bhutan a little different from the international game is drinking. Yes, a traditional game of Bhutanese archery wouldn’t be the same without copious amounts of eating and drinking ara moonshine, although there is a rule that archers should not drink too much if there are lots of spectators around!

Sarah Gets Into the Spirit of Bhutan Archery